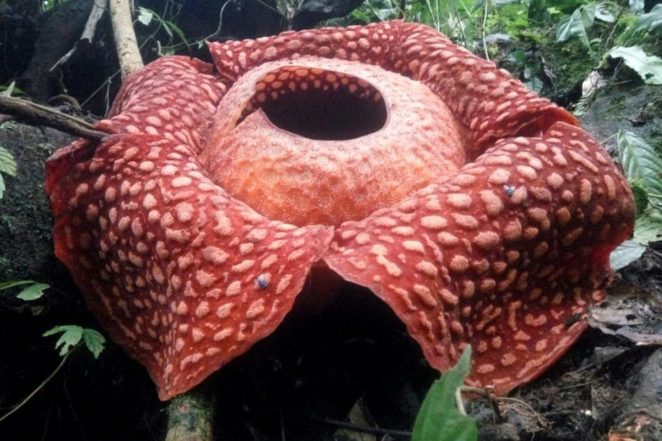 Indonesian conservationists have announced they have found one of the “largest” flowers in the world, the largest specimen ever. The large specimen of Rafflesia tuan-mudae, a red ring with white vesicle-like dots on huge petals, was as large as 111 cm in diameter.

It is larger than the previous record 107 cm in diameter found in the woods of West Sumatra a few years ago. The blossom of the parasitic plant will bloom for about a week and then will droop and rot.

Rafflesia, the world’s largest flower, of about 50 species, was named in horror of British colonial activist Sir Stamford Raffles, who saw one such plant in Indonesia in the 19th century.

They grow in several Southeast Asian states, including the Philippines, where a 100 cm diameter specimen was found.