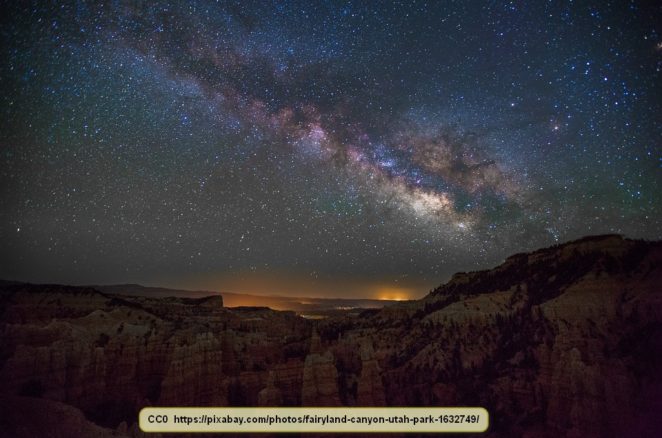 There are many people who are totally uninterested in science of any sort. However, I find it hard to understand why anyone wouldn’t think that our Milky Way galaxy isn’t an astounding and amazing place.

Many of the facts we know about the Milky Way are mind-boggling and hard to grasp. For example, it has the shape of a flattened disk with a central bulge that is about 100,000 light-years from edge to edge and 1,000 light-years thick in the central bulge. This sounds simple enough, except that it is really hard to imagine that size and distance.

Light travels at about 186,000 miles every second. A light-year is the distance light travels in a year, roughly 5.88 trillion miles. A trillion is a number so large that it is impossible to fully grasp. Consider that a person who is 30-years-old has been alive for 946,708,560 seconds. That is less than 1 billion seconds. A trillion is 1,000 billion. Light travels about 5,880 billion miles in a year. The Milky Way is about this distance, 100,000 times. In fact, this is the reason we measure such distances in light-years; to allow us to somewhat grasp the distance that is involved, though we still don’t actually grasp the number because it is so large.

Our solar system is located about 30,000 light-years from the center of the milky way and there is so much dust and so many stars that we can’t even see the center of the galaxy with an optical telescope. We can see it, though, using radio telescopes since radio waves cut through the dust.

There are also two black holes at the center of the galaxy, each with a mass that is several billion times that of our solar system.

Even with all of that; dust, gas, stars, planets, black holes, and so forth, the milky way is mostly empty space. Yet, for all that we can see and measure; the gas, dust, planets, and stars we can see, nine-tenths of the matter in the galaxy is undetectable and unseeable. We know this because at the speed the milky way is rotating, if it didn’t have the extra mass that we can’t see, the galaxy would fly apart.