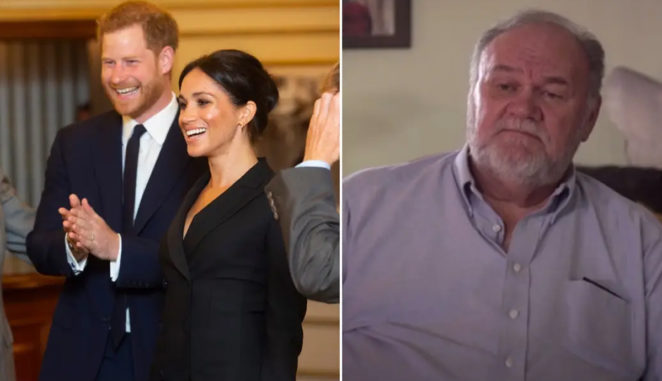 Meghan Markle’s father, Thomas, says he misses his daughter a lot but she has forgotten me. Meghan Markle’s father added, “The decision to separate from the royal family is quite surprising, I don’t know if anyone would know why and how this happened, and there is no reason for such decision.

Meghan Markle’s father Thomas Markle lives in Mexico and while giving interview to number of TV channels, he appears to be critical of her daughter as well as saying that he is only in contact to their daughter through TV shows. Be clear Meghan’s father did not attend her wedding ceremony because of his poor health and since then there has been tension between the two.

Thomas Markle says I miss my daughter a lot but she has forgotten me. I haven’t even met my son-in-law Harry and my granddaughter Archie yet, I love my daughter very much and will do it with my grandson and I’m sure if I meet Harry, he will like me too