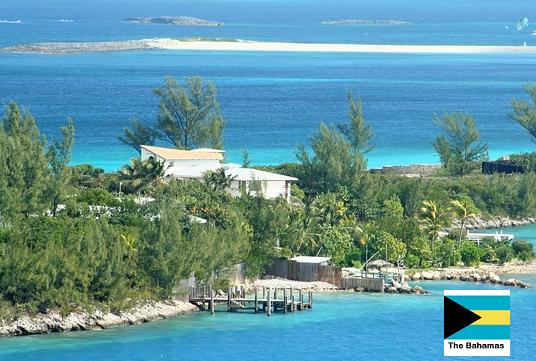 Have you ever considered living in The Bahamas?

Did you know that you don’t have to expatriate or give up your citizenship to own property in The Bahamas and live there?

The government of this lovely country welcomes foreigners and opens the doors to allow them to invest in real estate and make their home there. You don’t have to wait until you are in your golden years to do this, although many people do. July 10, 1973, is the effective date that Bahamian leaders officially and peacefully negotiated their independence. The nation is no longer considered a British colony but rather a member of the British Commonwealth.

Know much about the Commonwealth? Neither do I, but per factophile.com, 49 independent nations are represented. Some of the members still recognize Elizabeth, the Queen of England; while others do not. Nevertheless, it is a “free association”.  I’m not a student of politics or history or government, but I’m thinking that this “commonwealth group” – perhaps there was probably a similar concept behind the post-Soviet states; only the Ukrainians aren’t really feelin’ it right now!

Getting back on point, we are discussing how to become neighbors with the local islanders and Warren Moon. Mr. Moon is an American, was a football player, NFL, also played for the Canadians, etc. He owns property in Rum Cay, one of the islands. Bahamians are wonderful people! I married one of them. We currently live in America, but he still has relatives back home, so that makes a great excuse to have to travel if we must or whenever we can afford to go there.

To educate folks about the typical Bahamian lifestyle, the country’s Ministry of Tourism developed a program they call People-to-People. If you want to know more you can eMail them: peopletopeople@bahamas.com.

But the main thing you need to know is that there two specific laws which govern foreign real estate investors: The International Persons Landholding Act and The Bahamas Vacation Plan and Timesharing Act; and that all RE transactions must be handled by a lawyer.

So!! Thinking about it?