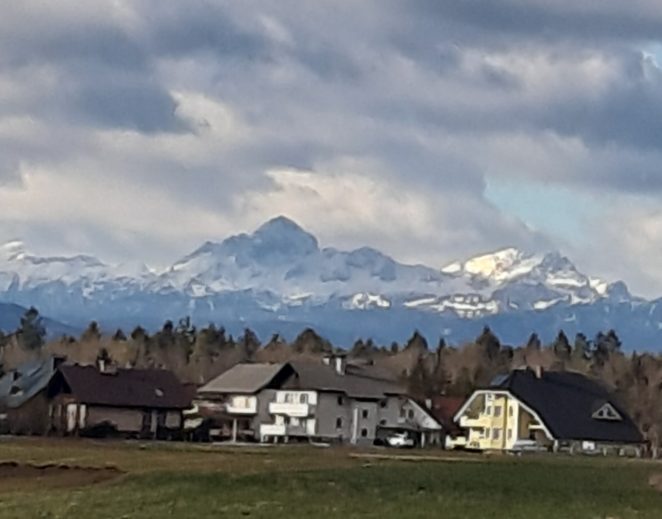 The Julian Alps or the Julian Alps are the largest and the highest mountain group in Slovenia. They are in the southern and eastern part of the Alpine Alps and form part of the Southern Limestone Alps. They lie in the northwestern part of Slovenia and in the northeastern Italy, and their name is indirectly received after the Gaius Julius Caesar. Their highest peak, which is also the highest peak of Slovenia, is Triglav with 2864 meters. Most of the Julian Alps are included in the Triglav National Park. We divide them into the Eastern and Western Julian Alps. I shot Triglav not far from my home in good weather.