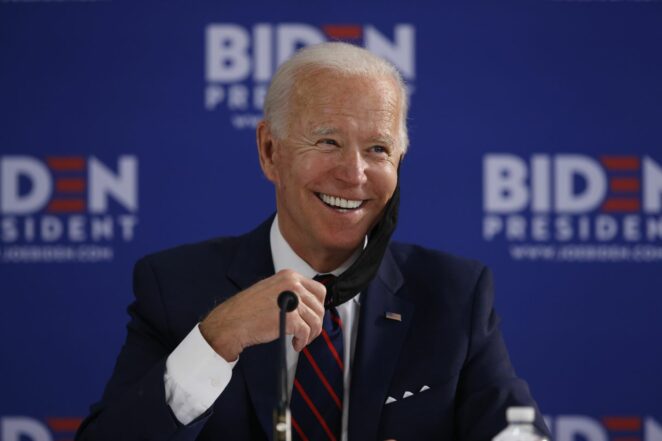 Democratic leader Joe Biden’s unbeaten run against Republican candidate Donald Trump in the US presidential election and the election of the 46th President of the United States continues to be congratulated by world leaders and celebrities.

Let us know Who said what globally?

Mr Khan wrote in his tweet, Congratulations Joe Biden & Kamala Harris. Look forward to President Elect Biden’s Global Summit on Democracy & working with him to end illegal tax havens & stealth of nation’s wealth by corrupt ldrs. We will also continue to work with US for peace  in Afghanistan & in the region.

Mr modi wrote in his tweet,  Heartiest congratulations Kamala Harris! Your success is path breaking, and a matter of immense pride not just for your chittis, but also for all Indian-Americans. I am confident that the vibrant India-US ties will get even stronger with your support and leadership.

Mr Trudeau wrote in his tweet, Congratulations, Joe Biden and Kamala Harris. Our two countries are close friends, partners, and allies. We share a relationship that’s unique on the world stage. I’m really looking forward to working together and building on that with you both.

Mr Hamad Congratulations to President-Elect Joe Biden and Vice President-Elect Kamala Harris. My best wishes to the people of the United States and I look forward to working together to continue strengthening the friendship between our countries.

Mr Macreon wrote in his tweet, Congratulations, Joe ROBINETTE Biden! Happy to collaborate with a proper grown-up in the future!