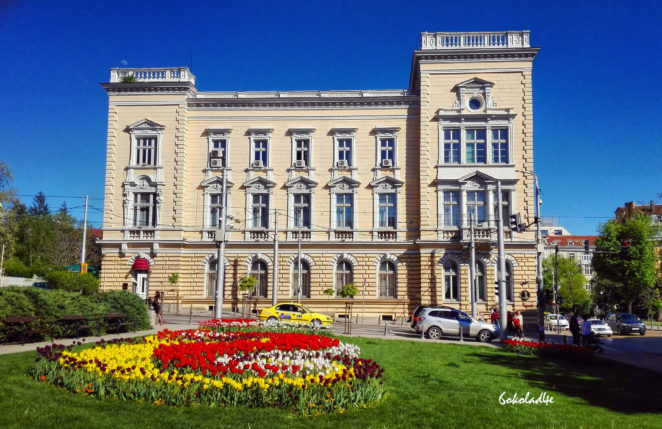 Inspired by Carol’s series with facts about the states in the US, I decided to share interesting facts about some Bulgarian cities and towns.

Sofia is the second oldest European capital. The history of the city began during the Neolithic era.

An orthodox church, a Catholic cathedral, a mosque, and a synagogue, all four within few minutes walk of each other in the very center of Sofia form the so-called Square of Tolerance.

Sofia, Plovdiv, Varna, Stara Zagora, and Sozopol are some of the oldest continuously inhabited cities in Europe.

Gabrovo, whose inhabitants are known for their sense of humor and love for jokes, has a unique cultural institute of humor and satirical art called The House of Humour and Satire.

The oldest gold treasure in the world, dating from 4,600 BC to 4,200 BC, was discovered at Necropolis in Varna.

The Rose Valley, which consists of the towns  Kazanlak, Karlovo, Sopot, Kalofer, and Pavel banya, produces close to half (1.7 tonnes) of the world’s rose oil.