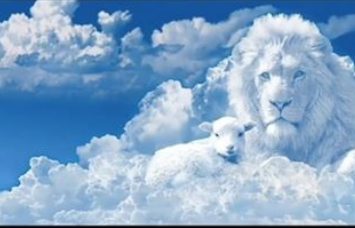 I had just received the dreaded message that none of us want to hear, EVER!

“So, sorry to have to tell you, The doctor said with a grim expression: the lab findings are positive… you have emphysema, a kind of lung cancer. Unfortunately, it’s in an advanced stage and it’s incurable. You had best get your affairs in order.”

It’s certainly not a message anyone wants to hear, much less a young father of 42 with three young children. First, there is an overwhelming feeling of self-pity, well, at least that’s how I felt. Not every smoker dies from lung cancer, so, why me? Both my parents smoked, uncles and aunts, most of them did, my two brothers and my sister too. Yet, the smokers that died in my family, all died from non-smoke related causes. There was a whole universe of smokers everywhere, but I had to get the nasty big “C”.

As if it wasn’t bad enough, that I had gone completely blind a year earlier and had to have lens implant surgery, or that I was a diabetic, I was slapped with cancer too. One night, while at the limit of my pain threshold, and with a double dose of morphine, much as I avoided the mention of it to my young wife, I had a feeling that I was hitting the HIGHWAY, (literally), that night. I remember, the pain was relentless and then, quite suddenly it had vanished.

I was about to tell my wife that the morphine had kicked in, and I was fine. When I attempted to speak there was no sound coming from me. Utterly confused, I focused on my surroundings. “I” was floating around near the bedroom ceiling. Kind of gazing down towards the bed, I saw my wife pounding my chest and crying. That was even weirder. I thought to myself that I was probably just dreaming, accept, the scene wasn’t changing… I thought: “God, am I dead?” And a somehow, familiar voice answered: “Yes, you are!

My first thoughts were for my wife having to battle raising our children on her own. Then I started bargaining with this entity, God. I said, “you know, that I tried harder than anyone I know to serve you, and this is how you reward me?”  There was a brief pause then He spoke, saying, that I had started to doubt His existence and lacked proof, so He will be sending me back, fully cured and that I must work even harder because my time is on earth is short. “When you are restored look for these army I.D. tags you had lost, you will find them on the pelmet above the bedroom window and realized that this did happen.”

The next moment I felt as if I was rapidly entering my body in a beam of light, going through my navel. After explaining to my wife what I had experienced, I got up from the bed and walked over to the window, where I found the tags, exactly where the Voice had said they would be… To be continued.

I CAME BACK O.B.E.Tranquilpen Polls