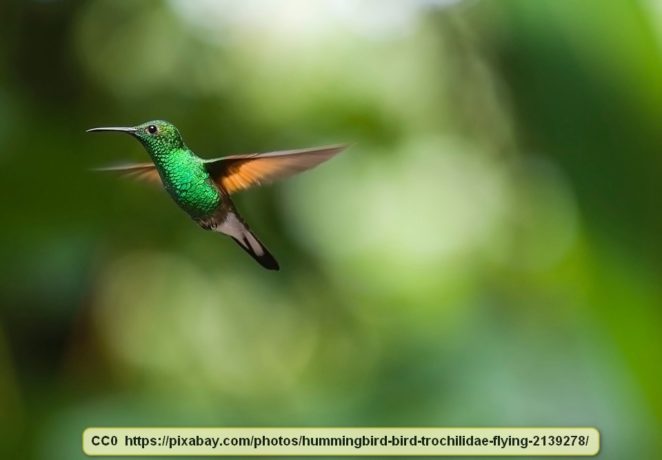 The hummingbirds in Montana have begun their yearly migration and it is a remarkable one. It isn’t the longest migration in the world. That distinction is held by Arctic terns that migrate over 4,000 miles twice a year. However, in many ways, it is even more remarkable.

Hummingbirds are very small creatures, rarely more than a couple of inches long from the tip of the long beak to the end of the short tail. However, they are incredibly active little birds. Some species flap their wings over 200 times per second. Their tiny hearts can beat over 1,200 times per minute. They naturally have an extremely fast metabolism.

Even though hummingbirds primarily eat sugar-rich plant nectar, which is a high energy food, hummingbirds have such a fast metabolism that if they don’t eat for a few hours, they can die of starvation. They only survive the night and bad weather by lapsing into a state of torpor, which is sort of a temporary hibernation, when their body functions slow way down.

And yet, each year hummingbirds in the north migrate thousands of miles to southern Mexico, Central America, and northern South America, ahead of winter weather. Keep in mind that during that migration, they still can’t survive more than a couple of hours without eating, which makes this all the more remarkable.

They must repeatedly stop to eat along the way to eat. It is bewildering that they can survive the trip at all and they make that trip in two or three weeks. That is amazing for a bird that must travel about six times its own length for every foot it flies. It is remarkable, isn’t it?

Here is a bit of trivia, too. If you could move your arms as fast as a hummingbird moves its wings, you’d need to eat several hundred pounds of food per day and would perspire hundreds of gallons of sweat. You honestly couldn’t eat or drink enough to survive.