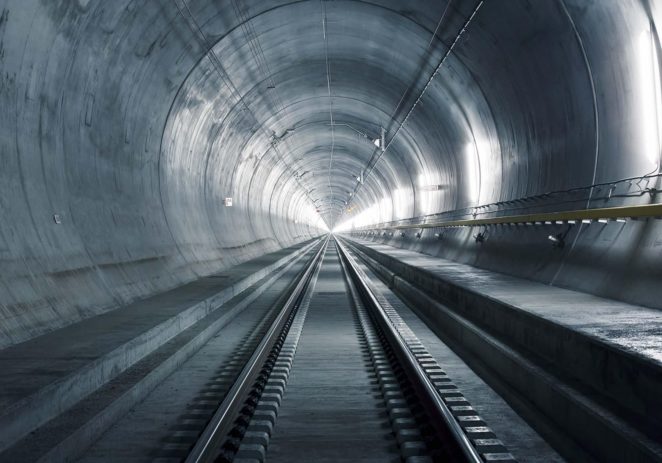 I may never ride this amazing rail and I still I can learn about it and appreciate it. It is known as the World’s Deepest and Longest Tunnel. (It’s the combination of the two that gives it the record.) It is located in Switzerland.

How deep is the tunnel? It is 1.5 times the depth of the Grand Canyon! It is clear that many safety  features had to be in included.

There was a lot of rock moved to make this all happen. They dug, blasted and moved at least 73 different kinds of rock while creating this tunnel. (I probably find this interesting because of owning a rock quarry.) 28.2 million “tons” of rock was moved. That’s amazing.

Was there a real purpose for the rail tunnel? Yes, it shortens the route needed to travel from point a to point b. It is somewhat different as it is level tunnel, there are no ups or downs, it cuts straight through the mountains. The tow cities that it connects are Etrsfel to Bodio.