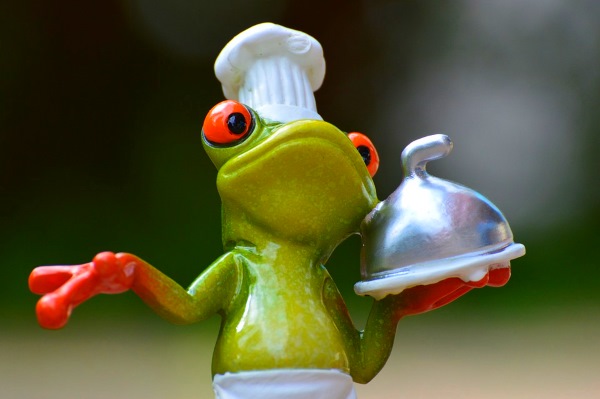 The French aren’t the only “frog eaters” in Europe.

Frog legs are a delicacy in some parts of Southern Europe, including my place.

Unfortunately, I never got the chance to eat local frogs. I doubt the ones Chinese restaurants serve are local. They’re frozen, and likely to be imported. They’re good nevertheless.

Personal fact: I managed to catch two frogs barehanded in a pond when I was about 8. I released them immediately, of course. I don’t remember how long it took, but I was very proud. This technique isn’t the smartest, but who cares. I had fun.

For those who have never eaten frog, the common eaten part is the leg and they taste like chicken, and fish.