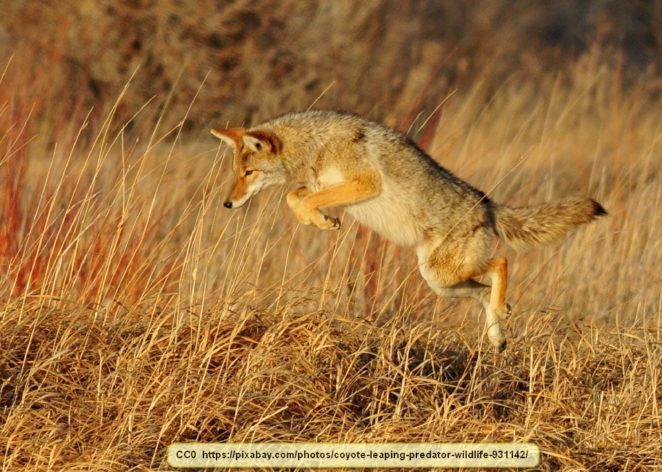 Through the years, a surprisingly large number of people have asked me how it is that I’m not scared when I go camping. This is usually asked by people who are city types, who’ve never gone camping and who have a  lot of misconceptions about the dangers of the woods.

I once went camping with just this sort of person. He freaked out when he heard coyotes hunting. Forgive me, but I couldn’t help but laugh at his near panic. It took me a long while to calm him down and to explain a few things to him.

Where we camped, there was a profusion of wild animals. I knew the area well as it was at the south boundary of Crater Lake National Park, where I’d grown up. Among the animals that were common to that area were deer, elk, snowshoe hares, and squirrels. He had little fear from those. However, there were also black bears, the aforementioned coyotes, foxes, bobcats, cougars, badgers, raccoons, skunks, porcupines, beavers, and many other creatures.

The truth is that any of these, including the deer, elk, hares, and squirrels, can cause a lot of damage and can inflict bad wounds. However, it is just as true that it is extremely rare for any of them to attack a human, especially if there isn’t a really good reason for the attack. In fact, most of them usually take an active role in avoiding humans whenever possible. In over a half-century of camping and walking all over the woods, I have never even come close to being attacked by any wild animal, nor has anyone I’ve camped with.

For various reasons, I’ve had cougars, bears, coyotes, foxes, raccoons, and skunks enter my camp. Rather than fear, when this happens, I feel very fortunate to see the animals up close and personal. None have made an aggressive move toward me, nor have I made one toward them. It is rather a mutual respect sort of thing.

I explained this all to my friend, at length, and also described exactly what the coyotes were doing. I told him how the mother and father were teaching the pups how to hunt and that they hunted primarily rodents. I explained the meaning of the various barks and yipes, explaining that it was how they communicated as they moved through the forest when they couldn’t see one another.

I even admitted that I find the sound of hunting coyotes to be one of the most peaceful sounds of nature. It took a long while, but he gradually caught on and with the understanding, he ended up looking forward to the next bark or howl. The pity was that dawn was breaking by that time, but on the other hand, he was actually excited in a good way when we found coyote tracks about 30 feet from camp. Coyotes usually avoid humans, but they are also intensely curious. Yet, he realized that we hadn’t been the slightest bit aware of the coyotes, yet they had left us alone. I’m pleased that I could be an instrument of his education and that I could teach him to appreciate and to respect the wildlife rather than fearing it.