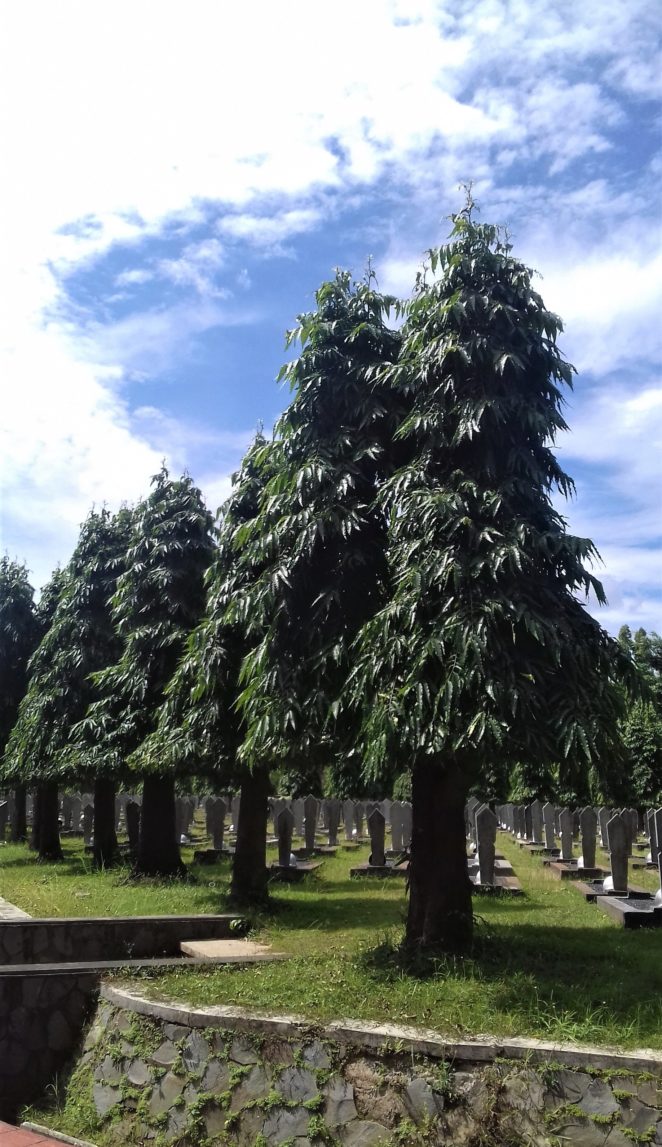 I visited the cemetery of my father last Saturday. In addition to making a pilgrimage with the whole family of my siblings, of course, it’s an opportunity to take pictures of the plants there.

Actually, I have shown pictures of various plants in the garden of the national hero cemetery several times, and this time, I also took quite a number of pictures. But for this Nature Tuesday challenge, I just want to show a row of glodogan tiang trees (polyalthia longifolia) or in the other name the False Ashoka. This tree is one of the trees that is very popular in Indonesia. This tree is one of the trees called an evergreen tree because this tree can grow well despite changes in weather, climate, and surroundings. This means that this tree does not have a drastic effect on the surrounding conditions, without aborting the leaves.

If you remember I posted the tree in April which I also took in the same place, at that time the tree had just been cut short. The image I posted is a row of trees that now seem much shorter than the previous size, and from the same row of trees in the other parts.

The uniqueness of this tree is its branches that droop down on its main stem which can reach over 115 ft in height. Traditionally, in Indonesia, these plants have been used in various parts for several medicinal purposes such as fever, skin disease, diabetes, hypertension, and intestinal worms. Through various studies, the leaves also showed anti-bacterial, anti-radical and cytotoxic activity against A549 cancer cells (lung carcinoma). That means the tree has considerable potential as an anticancer compound and can be used as medicine in the future.