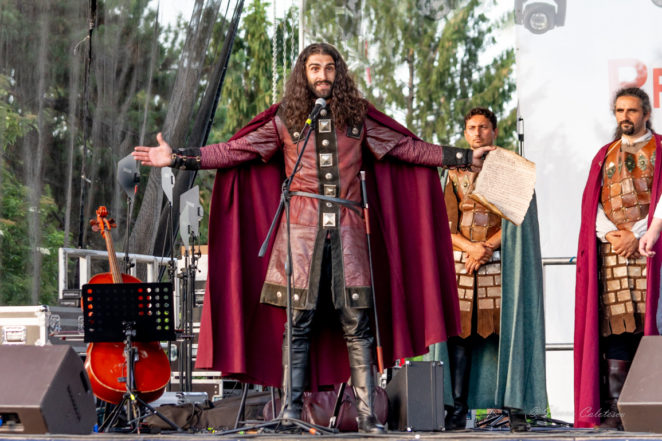 In the previous post about the Dracula Medieval Festival, I promised to return with photos taken during the festival. I have to say I was a little disappointed. The performances that took place during the two days were far below those that took place a few years ago. Even Vlad Tepes  (Vlad the Impaler) was less convincing. Not to mention the fact that in the past years the festival was held for 4 days and the performances were much more varied. Here are  some pictures taken during the medieval parade this year.