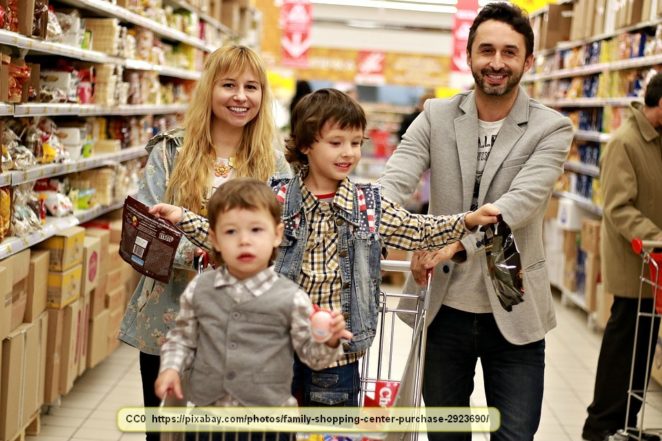 Every one of us has the ability to control our own behavior, though self-control is sometimes difficult to master. For example, nearly everyone at one time or another is presented with an opportunity to take something that isn’t ours. How each of us behaves in each situation is entirely up to us. We can take advantage, or we can control our impulses.

For example, many years ago, when our kids were young, we were barely getting by. Money was something we didn’t have in abundance. It was about this time of year and we were in dire need of a few necessities.

I’d been getting ready to go out and shovel snow because there was snow and ice everywhere. I put on a heavy coat that I’d not worn in months and when I put my hands in my pockets, I found a $10 bill. The necessities that we lacked took precedence over shoveling snow, so all of us immediately walked the four blocks to the local store, doing our best to ignore the conditions.

They didn’t know us well at the store but we got the supplies we needed and stood in line for a long time since it was busy as it is prone to be around Christmas. I didn’t miss the fact that the checkers were moving as fast as they could and were obviously tired.

Finally, it was our turn and the checker lady rang up our goods. It all came to a little over $8 and I paid with the $10. The checker counted back my change but I was only partly paying attention. We grabbed our stuff and started the trek back home. The whole way, something was nagging on my mind, but I couldn’t figure out what it was.

We got home at last and I reached into my pocket to pull out the change I’d been given. It was then that I realized what I’d apparently noticed somehow. I’d paid with a $10, but had got back change for a $20. In other words, she gave me back $10 too much.

We’d been hurting for money and I’d be lying if I said that I wasn’t sorely tempted to keep the extra $10. Many other people would have, too. However, I am not other people and hold myself to a higher standard. So I took the receipt and headed back to the store.

When I got there, I handed the receipt to the checker and explained that she’d given me too much change back. I then handed her the $10. She looked stunned and called the store owner/manager over, explaining the whole situation. The manager, named Don, also looked surprised and thanked me for my honesty. I explained that I’d simply done what was right. I left and went home, feeling good that I’d done it. The story doesn’t end there, though.

Although they didn’t know us well at the store, they knew that we were struggling. They’d seen us buying a few things using food stamps. In fact, I went to the store the following day to buy a gallon of milk on food stamps. I was a bit surprised and a little embarrassed when I got to the checkout and was called into the store office.

I thought I was in trouble, but Don greeted me as if we’d been friends for a long time. He explained that he and his staff had been impressed by me returning the money. Then he floored me when he gave me an entire bag of groceries, compliments of the store. There was all sorts of stuff. He said it was a thank you for my honesty, only it was worth far more than the $10. Then he presented me with a store voucher from him and the staff! Don told me that Christmas time was the peak time for theft, but though we could have kept the extra change, we’d returned it.

“Your actions make up for a dozen shoplifters, not in lost money, but in behavior,” Don said. I’ve never forgotten the incident.