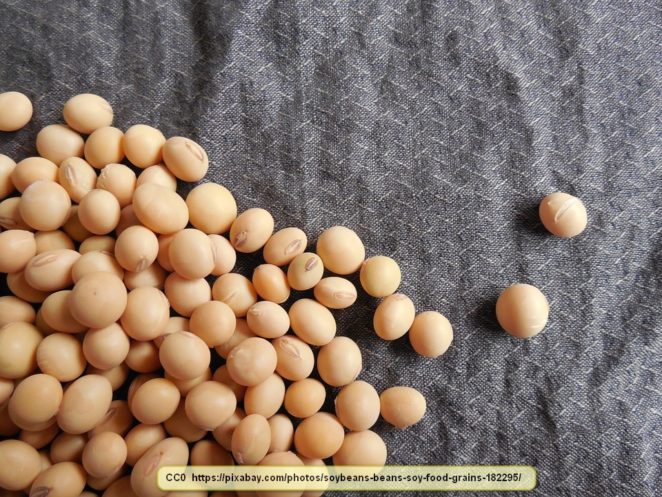 Recently, a vegan was trying to argue that soybeans were as good as meat in regard to protein. While I respect his opinion, I can’t agree with it. Here is why:

There are a few plants that are relatively high in protein. Soybeans are one of these. Most other plants are high in carbohydrates and low in protein.

What is important is that protein to carbohydrate ratio. Protein is needed for building healthy muscle mass. Excess Carbs are easily converted to fat. Diabetics are also warned to stay away from carbs. The problem is that high-protein plants often also contain a lot of carbs. For instance, a cup of soybeans has about 12.95 g of protein. This is among the highest in edible plants and it is indeed a high-protein source. However, a cup of soybeans also contains 11 g of carbohydrates. Soybeans also lack several essential amino acids, but that is beside the point I’m making.

In comparison, 3 oz of beef contains 22 g of protein and 0 g of carbohydrates. Soybeans don’t come close to this. Beef is higher in calories, but the protein-carbohydrate ratio is far better, depending on what else is eaten. Beef does contain the essential amino acids soybeans lack, but again, that isn’t the point.

Perhaps an even bigger point is this: What a person decides to eat is entirely up to them. Since it is a personal choice, it is neither right or wrong. But, please don’t tell me that soybeans are as good as meat. t that point, it becomes entirely subjective and based on opinion, rather than fact.