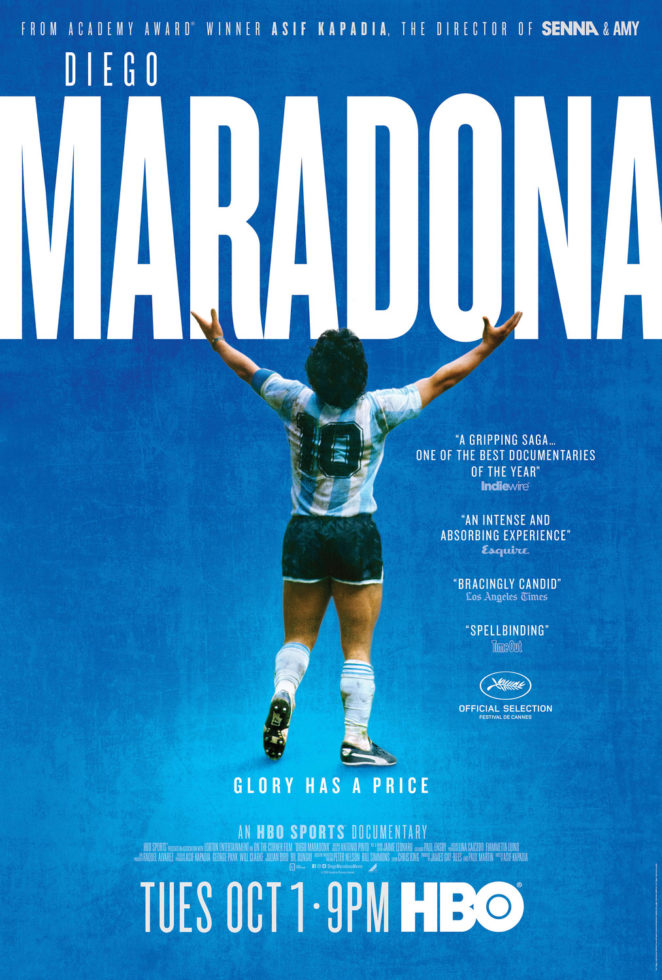 How many more times must we see the goals of Diego Maradona against England in the 1986 World Cup??? (one of them with the hand we must remember). The supposed great Maradona, who never won the Cup of Europe (now called Champions League) but he did consume plenty of cocaine during his famous football career nonetheless.

There are some scenes in this movie that are abhorrent. Many of them are private from celebrations for instance that should have never been broadcasted. The aim of the filmmaker is to put the focus on the sleazy moments of the life of Diego Armando Maradona forgetting the rest.

The incredible thing is this filmmaker made a superb movie about the fall of British singer Amy Winehouse, but he has done something that is horrible to watch on this occasion. The director only wants to show the sordid, the low moments of Diego Maradona.

Maradona has always been an icon but his movie obtains the contrary it wants and I really think the footballer should have never collaborated with this failed project.