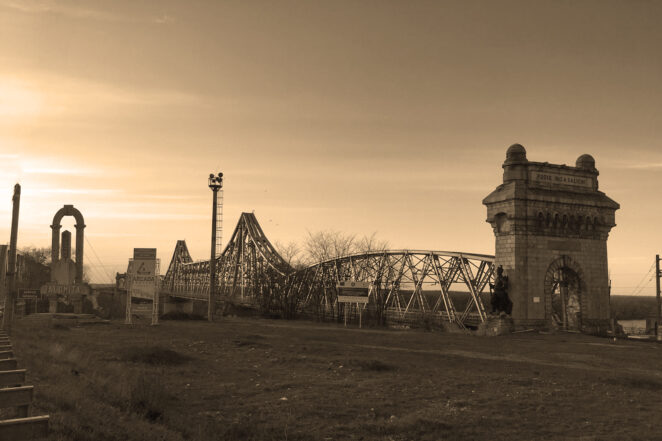 A sepia photo is very appropriate to present a historical bridge in Romania. It is an old bridge built between 1890 and 1895 to ensure the rail link between Bucharest and Constanța. When it was completed it became the longest bridge in Europe and the second longest in the world. The bridge was designed by Romanian engineer Anghel Saligny. The bridge was inaugurated on September 14, 1895, in the presence of all the officials of the time and of King Carol I.

During the entire period of crossing the bridge, Saligny was in a boat under the bridge. The gesture was more than significant. The creator of the bridge has guaranteed with his life the resistance of the bridge.