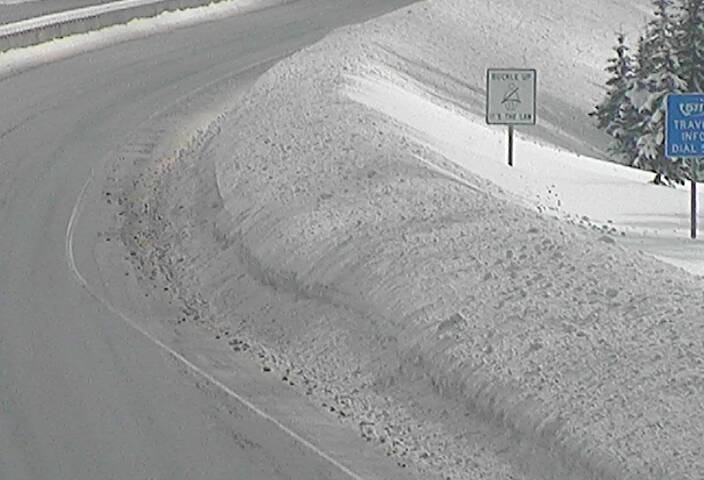 Another huge dip in the jetstream is bringing bitter cold to the entire state of Montana and this will be moving east as the week progresses. Before you start hearing weather forecasters calling this another polar vortex, this one isn’t a vortex, it is merely a wildly fluctuating jetstream.

Before going further, all temperatures here will be expressed in Fahrenheit degrees unless otherwise specified. So people can make a rough mental calculation of the temperatures in Celcius, -20 F = -30 C, -5 F = -20 C, 20 F = -7 C, and 32 F = 0 C. Not all of these are exact, but if you use the Celcius scale, it should help for getting an idea of the temperatures we are talking about.

Locally, our average low temperature on March 4 is 24 degrees. The previous record low temperature for this date was set in 1966 and matched last year at -3. At 6:30 am this morning, March 4, 2019, the temperature here was -15. Folks, that is a wee bit nippy, especially for March.

The intense cold is from the big dip in the jetstream and a powerful high-pressure system about 100 miles to our east. High pressure signifies cold air because the air is denser and it weighs more, so the pressure per square inch is higher. High-pressure systems also often occur with clear skies and that is our case. Last night, there were no clouds to hold the heat in close to the surface and we’ll probably have sunny skies today, too.

As I mentioned, it was 15 below zero here this morning. This cold-temperature trend was echoed all over the state. Missoula and Sidney were among the warmest locations with -6 degrees. Belgrade, Livingston, Helena, Havre, and Butte all recorded temperatures of between -25 to -30. Bozeman, Great Falls, and Billings were a little warmer at around -20. In other words, we were still fairly mild here in comparison to the rest of Montana, though not the warmest in the state and all towns in the state reported below zero temperatures.

Looking at the behavior of the jetstream and considering the intensity of the high pressure, this cold air mass should move south by southeast at least to the mid plains states, then east from there. Since there is warm moisture moving up from the Gulf of Mexico, there is the tremendous potential for tornadoes in the southeast states. (Tornadoes are spawned by a hot, moist air mass moving up and over a cold air mass.)

I hope that the eastern US is braced for this one because it is likely to be bad in quite a few locations. The good news is that behind our area of cold, the jetstream veers far north. This means that once the cold moves through, our temperatures should increase quite a bit.

This is bitter-sweet news because there is still a strong flow of moist air coming in off the Pacific. The powerful area of high pressure is holding it at bay, but as it moves southeast and the pressure drops, there will be an increase in the likelihood of snow and rain, beginning in the west and working its way east, northeast, and southeast.

If I’m reading all of this correctly, most of the US will be spared the bitter cold, but they may still experience temperatures that are well below normal.

Note: This was written yesterday, March 4, 2019, but I wasn’t able to post until today. Some of this information is already dated and some of my predictions have already come to pass.