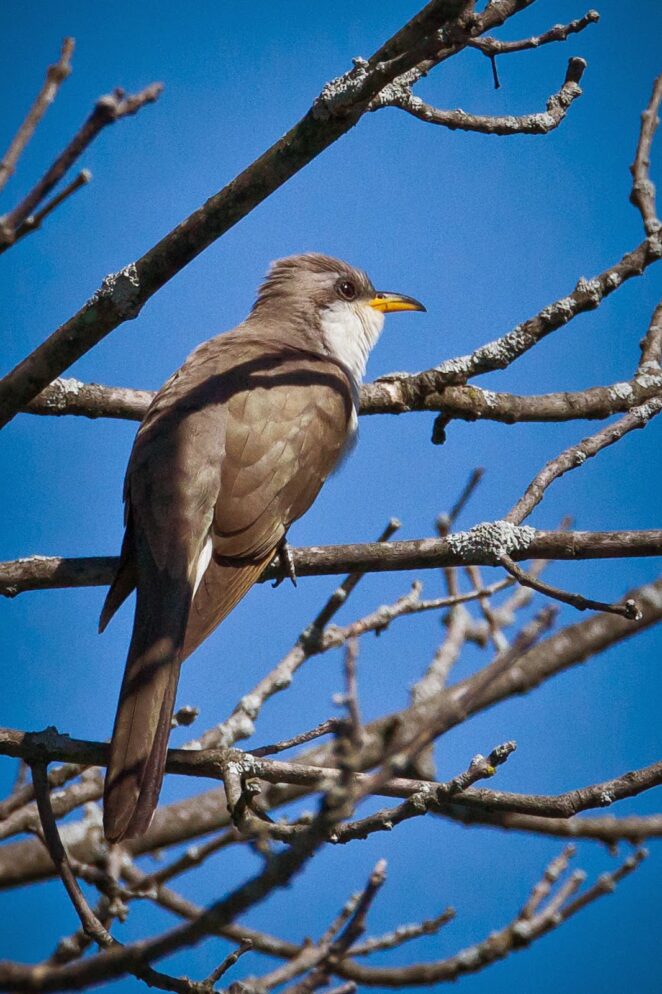 Such amazing birds. This is the next bird in my series, Birds of the Alphabet. I chose this one mainly for the name. Yellow-billed Cuckoo. I can relate to this bird. 🙂

They are common in Texas, Louisiana and the States of the lower Mississippi River. I will keep looking. Never seen one in my are but would welcome them for sure.