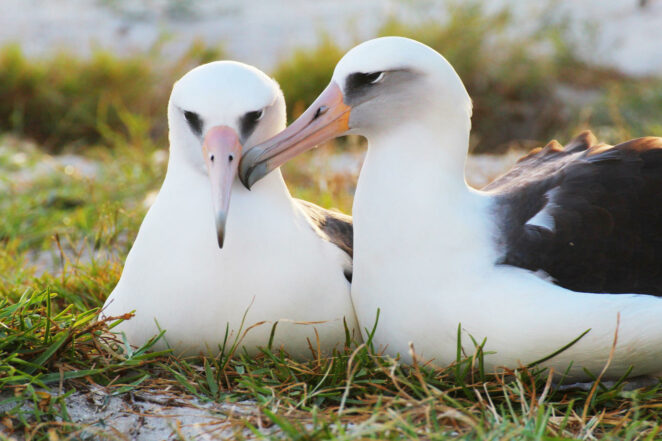 Not sure how far I will get with a new series I just started. But we will see how it goes.

Starting with the letter “A”, I will share one bird for each letter of the alphabet. There are tons of birds, but I will narrow it down to one per letter.

Hope you enjoy the series. First on the list is Albatross….

An albatross can be a spectacular sight. These feathered giants have the longest wingspan of any bird—up to 11 feet!

The wandering albatross is the biggest of some two dozen different species. Albatrosses use their magnificent wingspans to ride the ocean winds and sometimes to glide for hours without rest or even a flap of their wings. They also float on the sea’s surface, though the position makes them vulnerable to aquatic predators. Albatrosses drink salt water, as do some other sea birds.

Amazing story about an Albatross named Wisdom. Her photo is above and below. 67 years old now!

Wisdom is a wild female Laysan Albatros. She is the oldest confirmed wild bird in the world as well as the oldest banded bird in the world. She was born in 1951 and resides at the Midway Atoll National Wildlife Refuge and Battle of Midway National Memorial in Hawaii. The Navy scientists were studying her behaviors, but then returned to the wild rather than being kept in captivity.

Wisdom the Laysan Albatross has some great superlatives to her name. She is the oldest tagged bird in the wild, which may also make her the most famous. She’s also mothered more than 35 chicks—and this year, the 67-year-old beauty has returned to her favorite nesting grounds in the Midway Atoll National Wildlife Refuge, laid her annual egg, and should be welcoming a chick any day now.