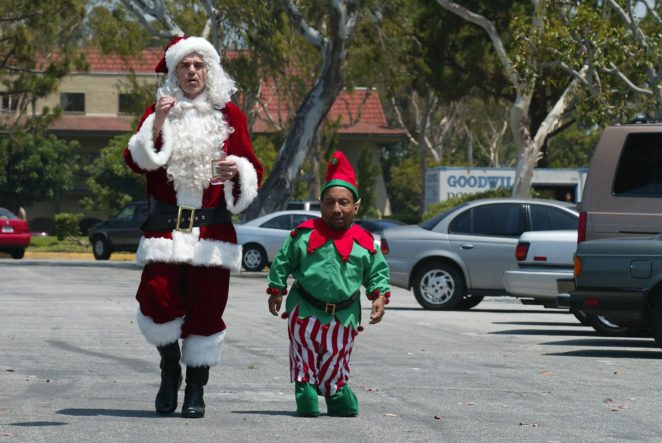 I don’t know why I love this film so much. It seems that the hero is directly negative, and there is no super swirling plot, but still, from time to time, I feen a need to rewatch Bad Santa.

The actors are chosen just perfect. No one could play better such a charismatic anti-Santa than Billy Bob Thornton. There is something in him, something so charming that when you look at all the nasty things that he does and says, you think “Well, damn it, man, you really are not like that, well, show me your goodness for at least a second. And somehow it becomes good when you see that he is still not such a beast as he looks. He reminded me of Doctor House whose life was unsuccessful and he began to rob shops at Christmas. The same charming scoundrel, only in a more miserable way of life.

Tony Cox also pleased. And his dialogues with Bernie Mac are simply masterpieces! Swearing is also an art. The main thing is not to spoil your viewing pleasure with the “wrong” translation. If there is no way to look in English, then look only in the translation without censorship.  Censorship in a film where fuck is pronounced 147 times is clearly not appropriate.