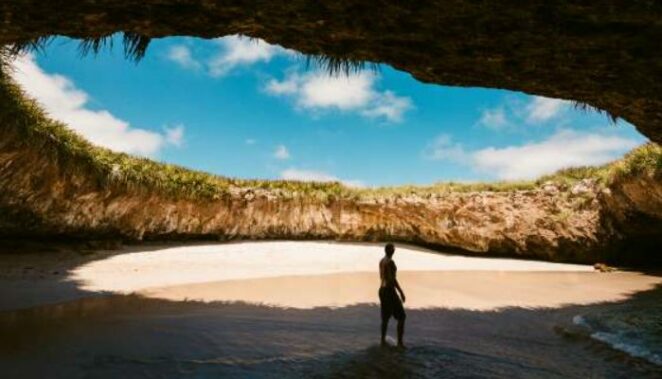 Islas Marietas is situated off the coast of Mexico’s western side, (Puerto Vallarta) and is where the hidden beach is located. In order to get there, visitors have to take an hour-long boat ride. After landing on the island, visitors need to paddle or swim to where the beach is. The islands are a group of uninhabited outcroppings called Marieta Islands which were shaped by underwater volcanic eruptions. They are considered natural wonders. it was however something other than the volcanic activity that revealed the submerged secret beach. Rumour has it that the hole was originally created as a result of deliberate naval bombings.