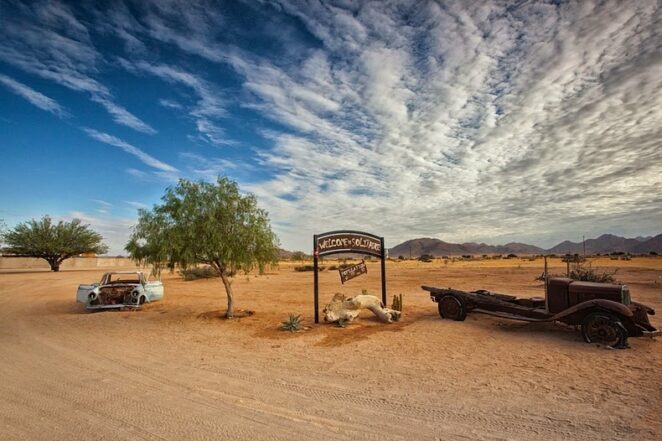 Solitaire is a small settlement in the Khomas Region of central Namibia near the Namib-Naukluft National Park. The town is situated at the junction of roads C14 (connecting Walvis Bay and Bethanie), and C24 (connecting Rehoboth and Sossusvlei), both of which are major tourist routes through the Namib-Naukluft National Park. With no other village for miles around, and the only place to get fuel between the dunes at Sossusvlei and the coast at Walvis Bay – a distance of 340 km, Solitaire is a common stop-over for tourists. Aside from a gasoline station, there’s a puncture and mechanical repair facility with a limited stock of tires, a post office, a bakery, and a general dealer. There is also a camp and a motel nearby.