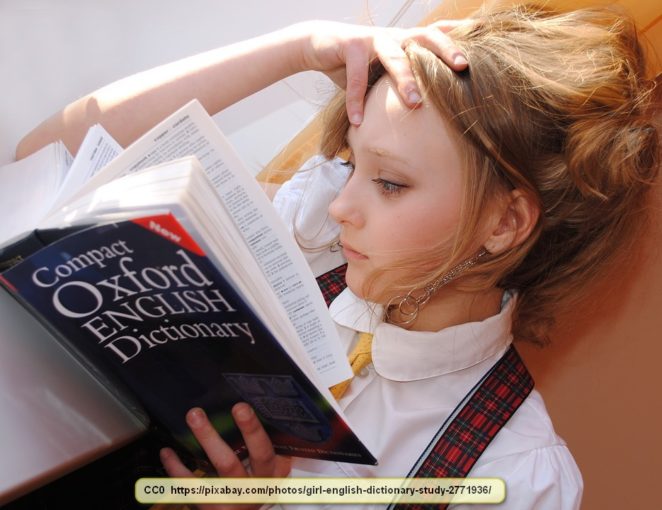 Every year, more words are officially added to the English dictionary. It should come as no surprise that over time, many words fall into disuse. They are still English words, but they become obscure.

A collywobble is a queasy feeling in the belly. A person experiencing a collywobble might say that their stomach is doing flip-flops. Quite often, a collywobble starts because of an overly stressful situation.

Collywobble actually comes from a Latin term for an actual illness: Cholera morbus. In other words, cholera; a sickness that has killed a huge number of people.

This is one of those words that has never been in wide usage, but it has the feeling of, “There is actually a word for that?” Pandiculation describes what you are doing when you wake up, stretch, and yawn. The whole stretching and yawning thing is pandiculation. The stretching part can be uncomfortable and at the same time, can give some relief to muscles that have been in a bunched position for too long.

There is a good chance that you know people who bibble. This is normally done at the dinner table, but it can be done elsewhere, too. To bibble is to eat or drink noisily.

It may sound like snickersnee might be a word that means something that is whimsical, but it isn’t. A snickersnee is a long, very dangerous knife from the 1700s when the most common form of knife fighting was to slash and then thrust. The blade was long enough that it could reach the body of the opponent while the body of the knife-wielder was still out of range for the opponent’s blade…unless, of course, the opponent also had a snickersnee.

This word is interesting and most people have used the meaning and alternative quite a few times without saying nudiusterian. What does this word mean? It means, “The day before  yesterday.”

Have you ever found yourself so ravenously hungry that when you got something to eat, you ‘wolfed it down’ or ate it fast and without pause? Likewise, have you ever had a time when you were so thirsty that you drank a glass of water or other drink by just gulping it down as fast as you could? That is what xertz means; eating or drinking fast, ravenously, or greedily. When my kids were little, this is how they routinely ate and drank. I’ve also been guilty of doing the same thing.

Let’s say that you walk into a stationary store and ask for a quire. Would the clerk know what you were asking for? Would you? Quire has a specific meaning. It means, “Two dozen or 24 sheets of paper.”

There are a great number of people, particularly politicians, who seem hell-bent on talking incessantly without actually saying anything of importance. Often, this is done in an attempt to make themselves sound good or important. Bloviate is the term that describes what they are doing, namely, talking a lot without saying anything.

The English language is rather interesting, isn’t it?