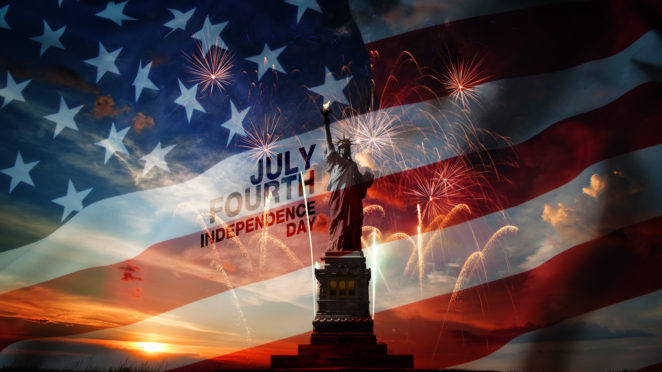 The Fourth of July – also known as Independence Day or July 4th – has been a federal holiday in the United States since 1941, but the tradition of Independence Day celebrations goes back to the 18th century and the American Revolution. On July 2nd, 1776, the Continental Congress voted in favor of independence, and two days later delegates from the 13 colonies adopted the Declaration of Independence, a historic document drafted by Thomas Jefferson. From 1776 to the present day, July 4th has been celebrated as the birth of American independence, with festivities ranging from fireworks, parades and concerts to more casual family gatherings and barbecues.

Reminding everyone that animals are afraid of the fireworks. There are many animals kept outdoors and they often run away this time of the year due to the sound of the loud fireworks. For all animal owners, if possible keep your pets indoors for now. The animal shelters say this is their busiest time of the year. Please be aware of this and be courteous if you must use fireworks at your home. Personally, I try to stay as far away from the sounds as I can, due to my PTSD. It is difficult to do but I continue to try as many others also have issues they are dealing with as well. Be courteous and kind.