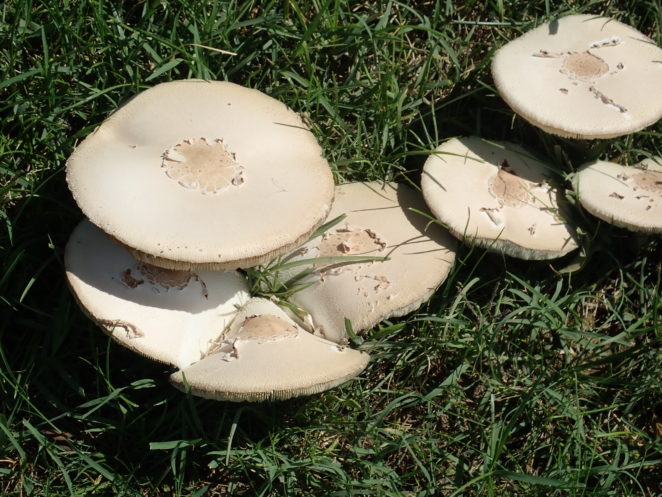 Rain has to go somewhere. First, it evaporates and leaves the ground heading into the air. Then the air reaches its point of saturation. First, we see clouds (water vapor), and then, the clouds clump together, block out the sun and let loose with rain. After a while the ground is saturated. Saturated ground combined with wind is really hard to trees. The roots don’t attach to metal rebar underground. When the ground gets to the saturation point, trees fall in the wind. But the other thing that happens over time is the reality of mushrooms. Or toadstools. Either way, they begin to pop up. These were literally on the ground just off the dock in the marina. We saw them as we were coming off the boat and took a lot of pictures of them!

Anyone can join the photo challenge – point, shoot share!