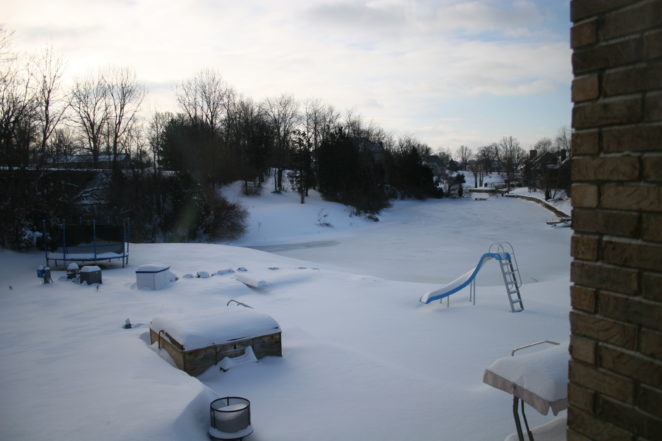 The concept of snow, today, as I got up to get ready to go to work, I noticed that there was a covering of snow on the deck. Not as much snow as you see in the pictures. The pictures are from Indiana, and roughly 14 years ago. When we lived in Indiana, we got more snow than we tend to get now in Washington, DC. DC is slightly south of Indianapolis Indiana, but there is that nice Ocean that tends to change storms and storm direction. We did get one snowstorm that was more than 30 inches of snow over 25 hours. But for the most part, we don’t get anywhere near the snow in DC that we got in Indianapolis Indiana. Snow is an interesting problem.

First, snow is hard to drive in. It separates the tire of your car from the road. That separation modifies two components of your car: the breaks and the ability of the wheels to turn. The turning of the wheels is what moves the car, and of course, controlled by the gas pedal by your food. However, when there is snow between you and the road, that wheel may turn but not turn into momentum. It will spin and you are stuck. So the driver has to get out of the car, or friends come, or strangers on the street come and they push. That changes the ability of the tires to cut through the snow, grip, and pushed his car forward. The other side of snow is of course, stopping.

Stopping on the snow can be easily handled, or, in the wrong situation, you can’t stop. It terrifies you when you are the driver to realize you have no control. When you think about driving on snow, you realize you don’t have control. The snow we got in the DC area today isn’t enough to cause issues. It only stuck to surfaces that were not treated. Treated surfaces (read roads) don’t have snow cover. It a lot of snow, but it is the first amount of snow that landed on the ground for this year. The snow that fell overnight in the Washington DC area won’t last until noon today. It is going to melt as the temperature isn’t cold enough for the snow to stay. But it is snow, and it is here. 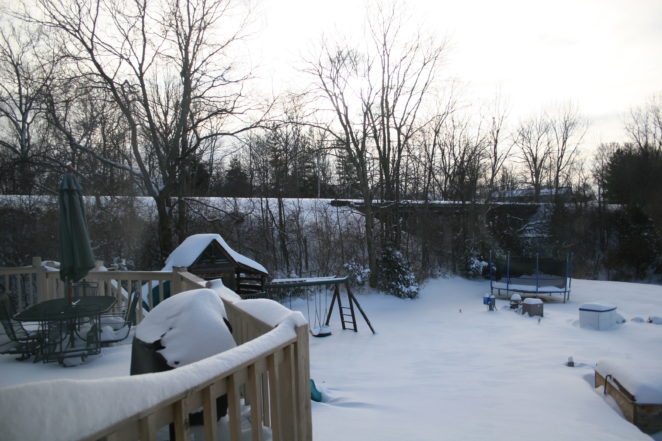 the railroad was still in service 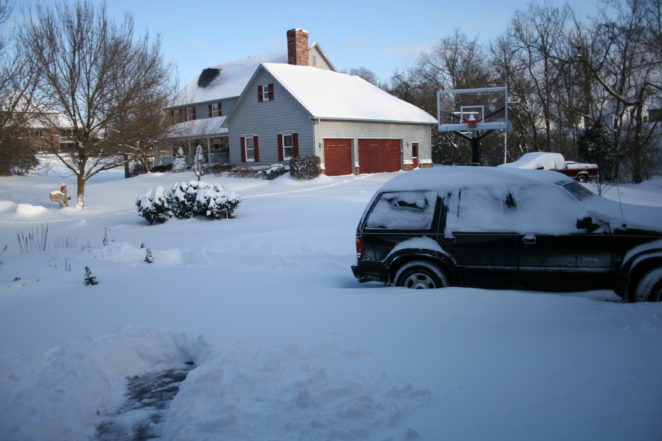 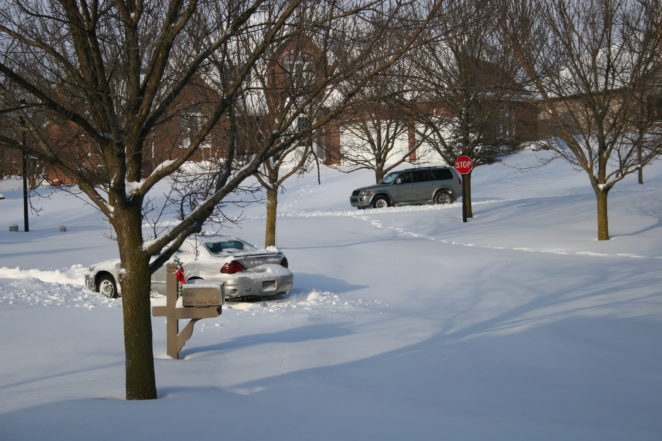 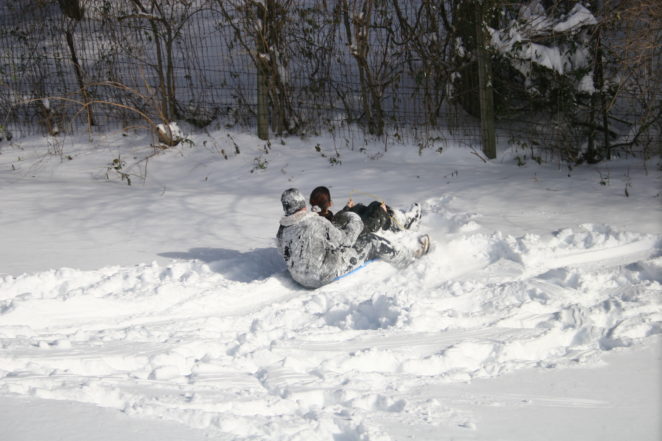 when you can't get out, go sledding!