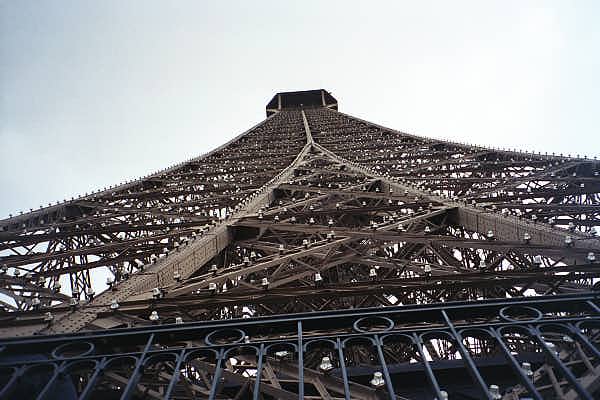 One of the things that I don’t always do is share pictures my wife took. It is not that they are bad, just that my wife doesn’t often take a picture. Normally on vacation or family events, I am the one with the camera. But my wife does take pictures. The ones shared today are truly fun. They are my wife’s view of Paris and then Indiana. The reality of a camera that used film. You took pictures sparingly. You made sure they were something you wanted to capture. But in the end, were they? My wife looked up the Eiffel Tower in the first picture. We took video as well of going up and going down in the Elevators of the Eiffel tower. But her first picture shared, is looking up from the ground!

The second is looking down in the Elevator, on the way up the Eiffel tower. We took a video of the same thing that is somewhere on the hard drive. In the journey that was our early relationship, we set some goals for what we wanted in life. It was interesting that at the time we set the goals, my wife wasn’t working as a video producer yet. She was finishing up her first degree (Psychology and Radio/TV), and I was a school teacher. We dreamed someday of going to Europe. We wanted to have a nice house. We talked about having children. But what we imaged most in those early days of our relationship was the foundation that would become 30 years.

The last picture today and the third picture today is interesting. As a parent, when you travel, you miss your kids. The 3rd picture in this collection today is of a playground in Paris, France. The last picture is of the twins playing on a teeter-totter. The adult on the Teeter-Totter with the twins should have been more nervous. They loved to see how high they could get that going! But as a parent, you remember your kids when you see a playground. Funny that her last picture in Paris was a playground, and her next picture on that roll of 24 was of her twins playing on a playground. Is that a coincidence, or did the first memory drive the production of the second memory?

looking up the Eiffel Tower 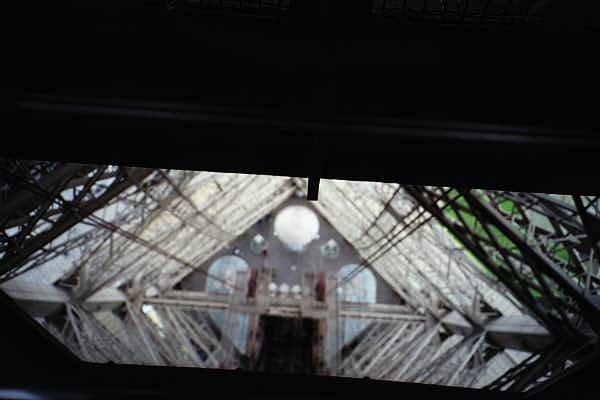 looking down the Eiffel tower! 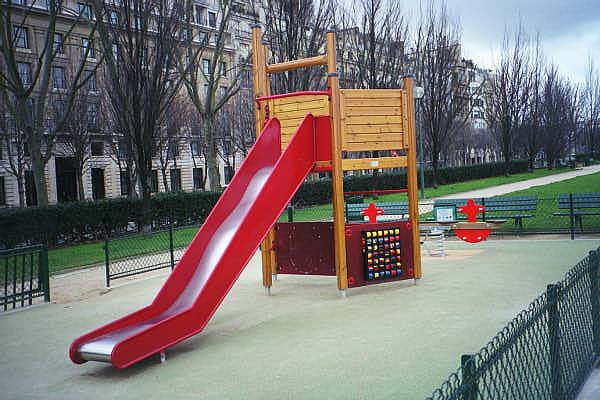 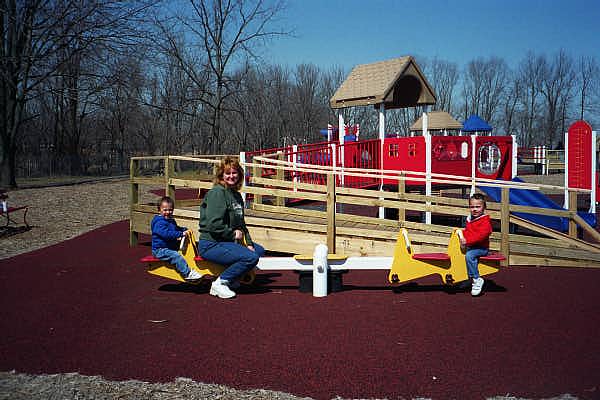