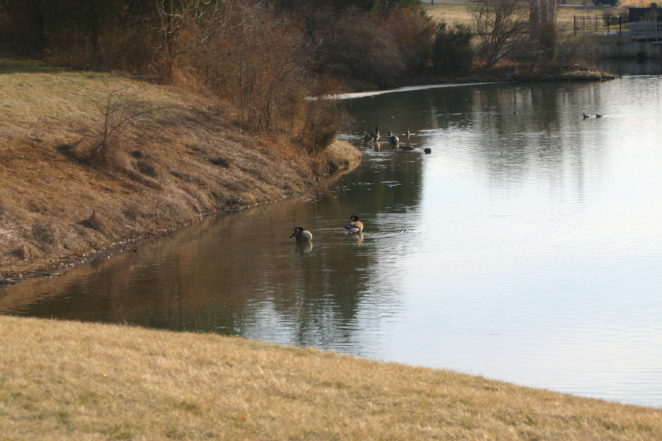 I know it makes me sound old, but it used to bother me how many kids I had to kick off the trampoline in our backyard. We had simple rules. One person at a time. The only time we allowed more than one person on the trampoline was when everyone was seated, and an adult was playing the popcorn game. Popcorn is where the kids are all seated on the trampoline, and the adult bounces. It makes the kids bounce like little popcorn kernels heated to the explosion point. I know that I shouldn’t still be frustrated about that. It has been seven years in August since we left Indiana and eight years since the Trampoline was given to a family friend. For a time with some of the neighborhood kids, I had to go out on the back deck and yell “get off my lawn, now.”

The pictures today are starting with the view of the pond from a couple of locations in the back of the house. There wasn’t a pool when we bought the house. There also was ugly flower beds along the edge of the hill that we took out. It was railroad ties (the logs used to lay the tracks on for a railroad). Frankly, it hadn’t been tended to in a long time. That and the partial fence that was still, standing in our side yard. Those two removal projects were the first I did. As the pool was being built, we removed the flower beds. There were also raised beds on the side of the house that we got rid of. We were looking for a more natural flow, rather than railroad ties.

The Trampoline came to a couple of years after the pool. It was a lot of family fun for many hours. The pictures today are of the Twins playing, correctly, on the trampoline. We, my wife and I, talked about getting one for a year. There was a huge expose on a television show talking about how dangerous Trampolines were The number one cause of injury, more than one kid on the trampoline. We decided to get one, but like the diving board in the pool area, we decided to set day one rules. One child at a period. We also later set rules of no flips. But that was the second year we had the trampoline. We never, in the seven years we had the trampoline had an accident or an injury! 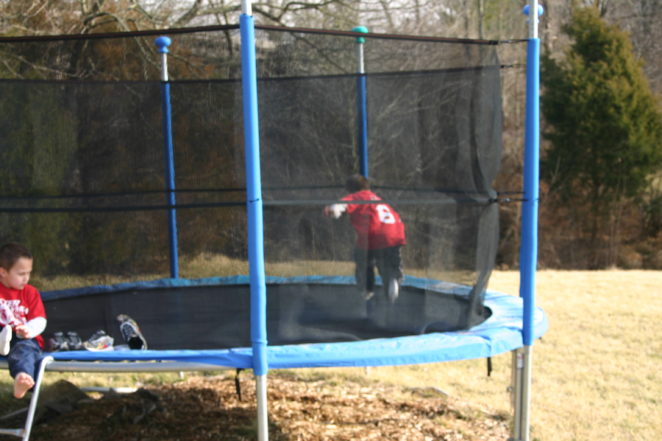 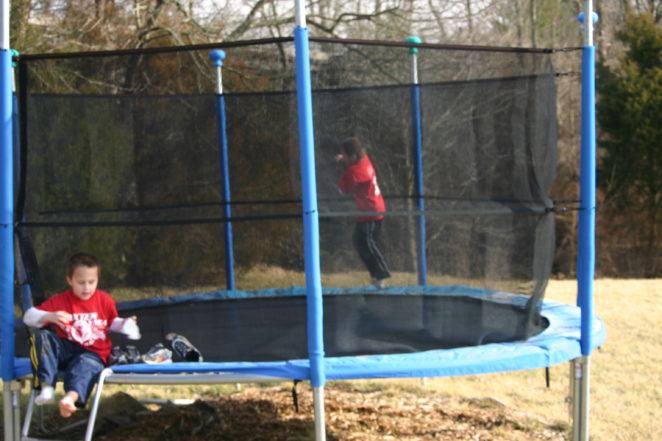 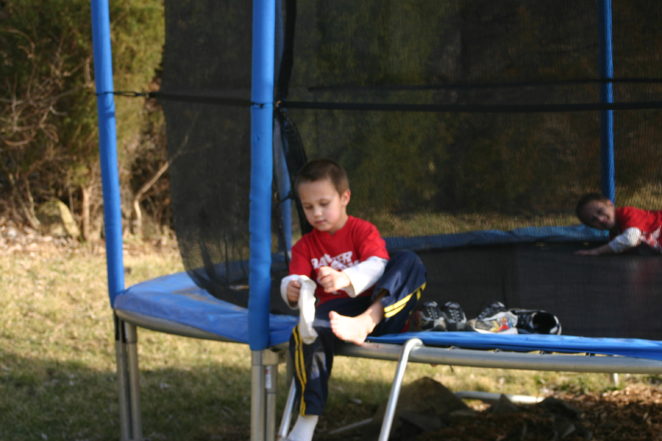 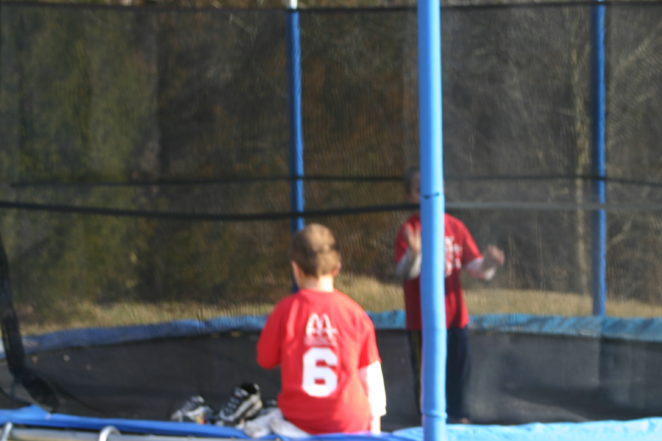 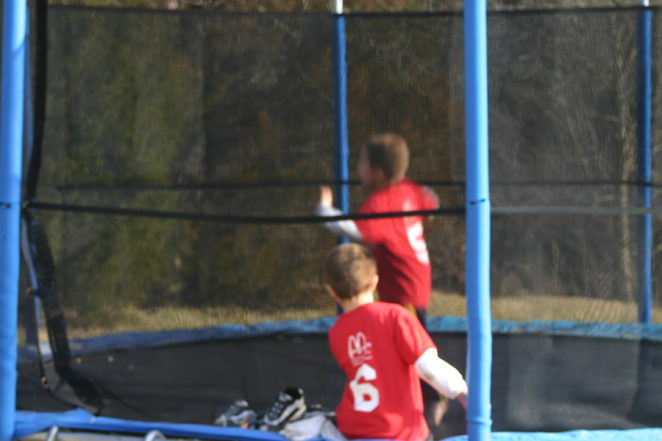