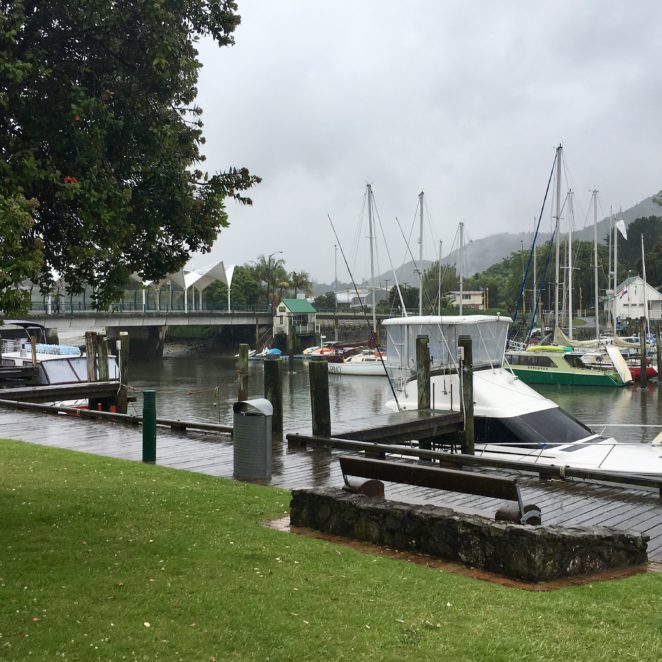 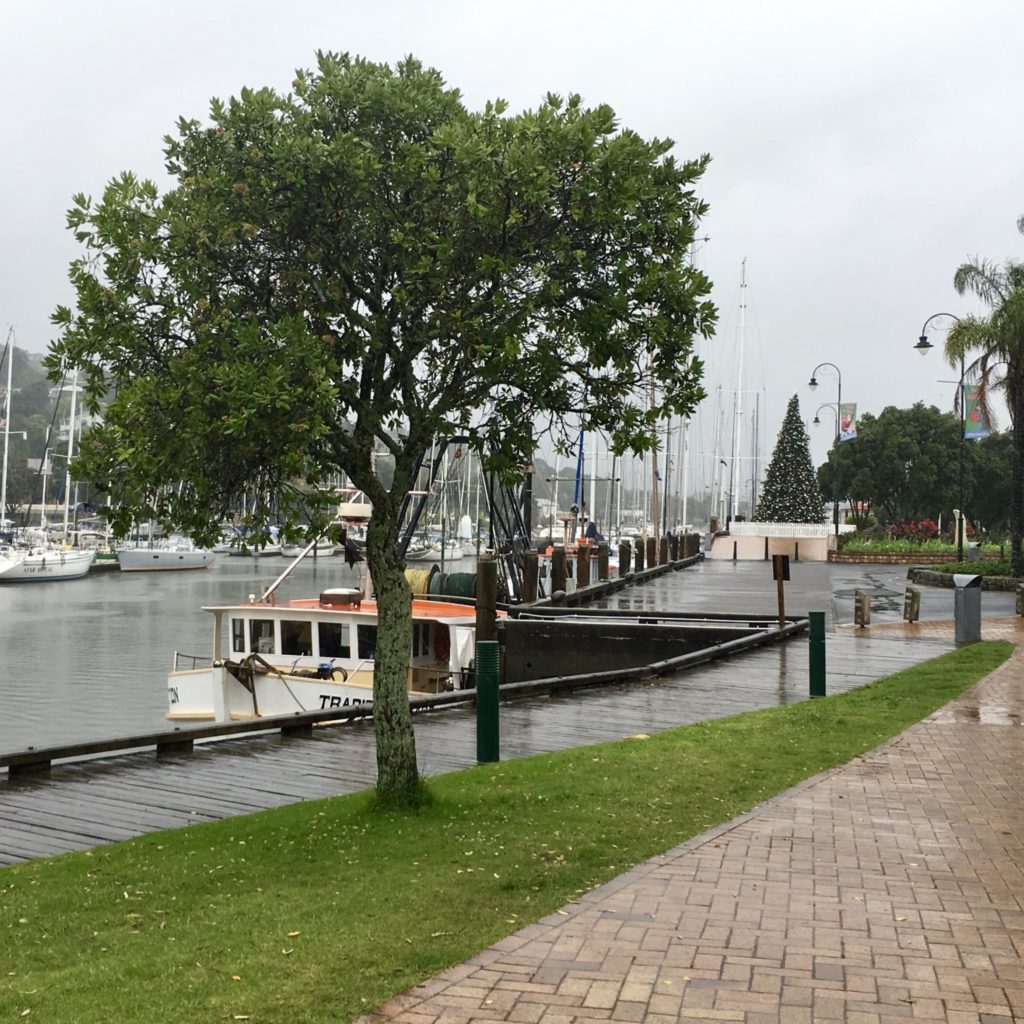 Whangarei is North of Auckland. Went for a long drive yesterday, the trip took 3 hours each way which makes 6 hours total. I would drive first one & a half hours. Then we took a break in Wellsford have a cup of tea then we changed drivers my husband Warwick drove th rest of the way which took one & half hours. We visited a friend and then returned home to Auckland.

All together I drove 3 hours and Warwick my husband drove 3 hours. It works well with a journey that when one gets tired the other takes over.

The first photo is by Whangarei waterfront and there is a marina there with shops. It looks lovely. 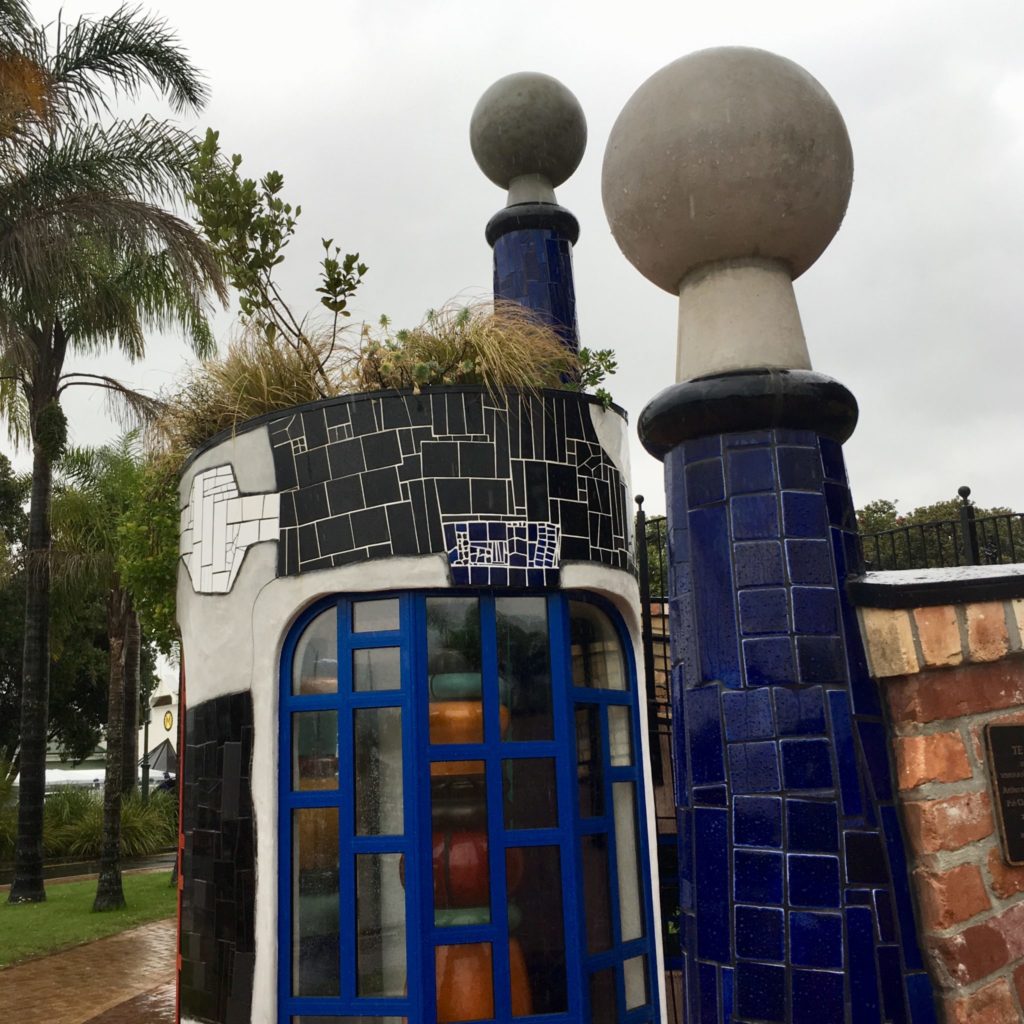 This is one ceramic work of art by Hundertwaser, he was from Europe emigrated to New Zealand and died, but many remember him for his Art. This will be a playground. I like his Art very much.

Whangarei has the deepest harbour in New Zealand. The Marsden Oil Refinery is not far away in the same harbour. I will be really pleased when some people decide it’s suitable to become a more serviceable port. 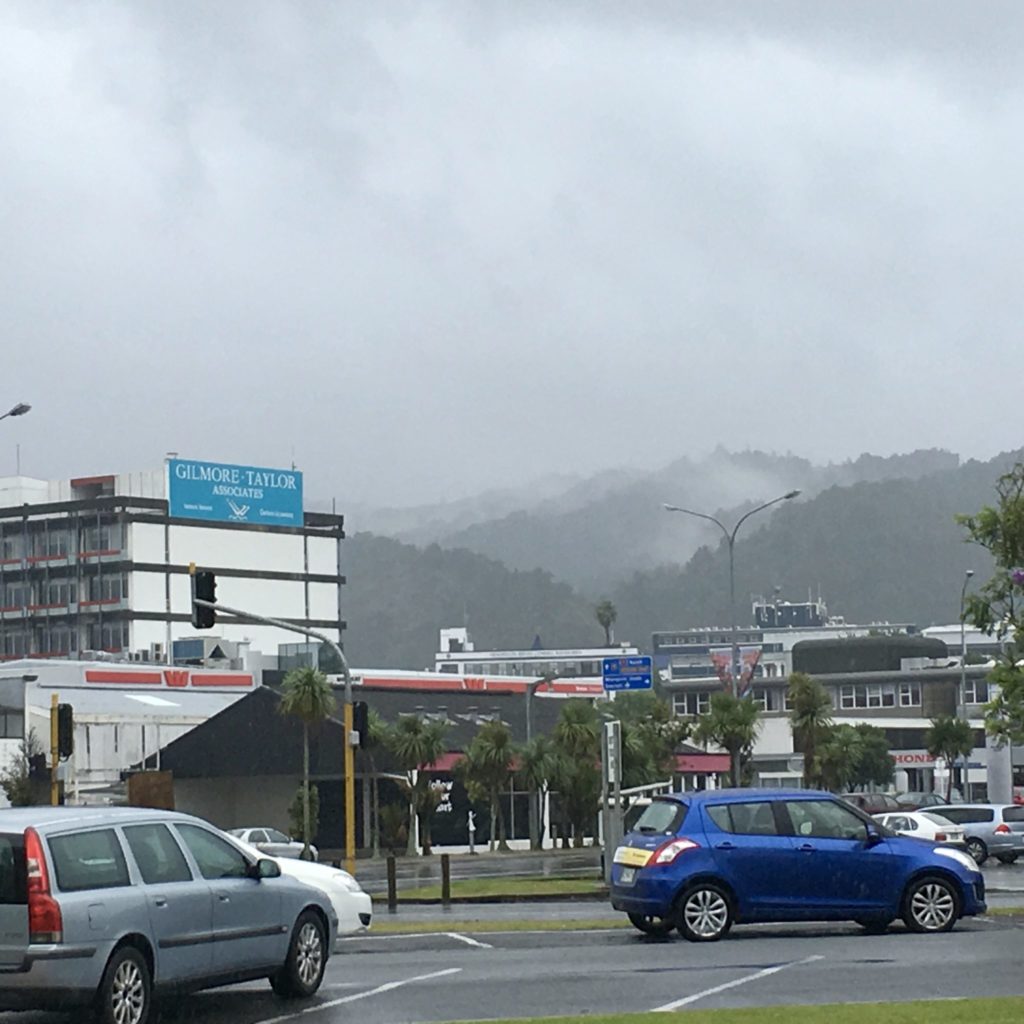 This overlooking Whangarei hills. The hills have recently had rain which is becoming mist,actually it is raining when I’m taking photos. At this time a storm has hit the top of the North island and we have been driving in white blinding rain.

At times during this long drive it visibility has been differcult as it’s rained so hard it’s become completely white. We call that a White out and in those times I have my head lights on and follow th road markings on the centre of the road. You can’t always stop when you need to. 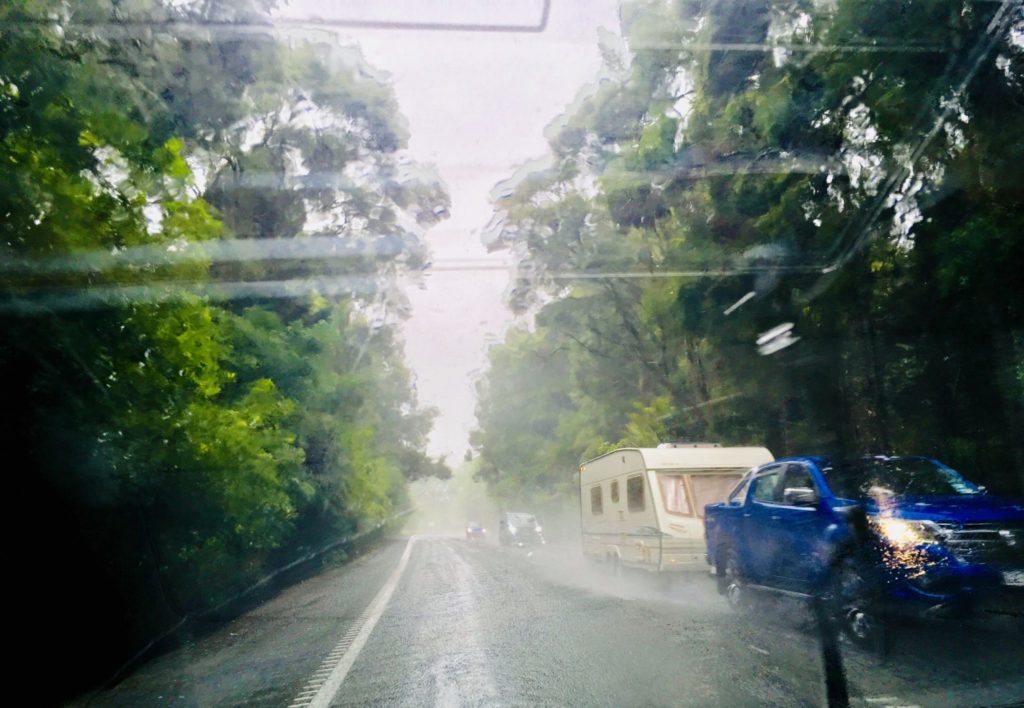 As you may see it was raining all the way. It may seem strange to you if you drive on the other side of the road. The roads can go up steep hills with winding bends and some are hair pin bends. You are Ok if you pump the brakes slowly and stay on your side of the road. 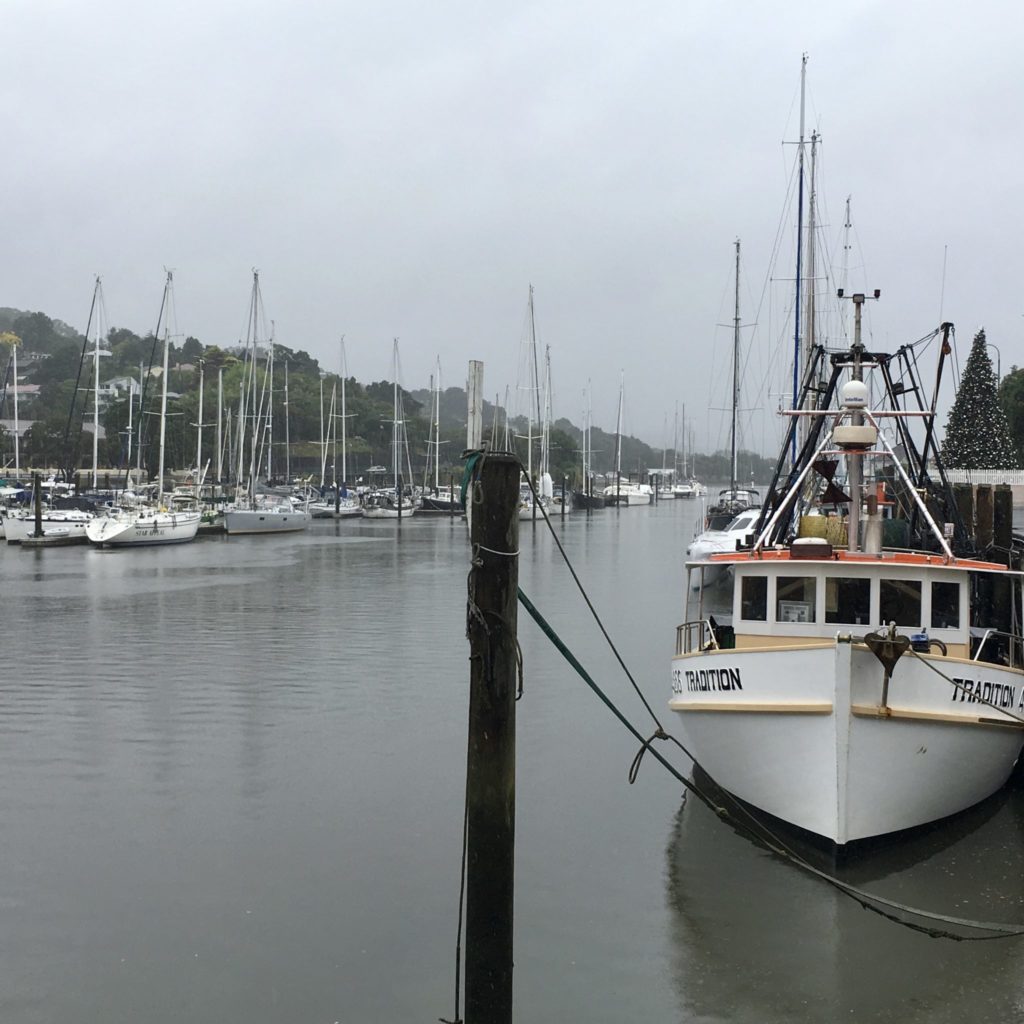 Some more boats at Whangarei Waterfront. Taken photos with my iPad in all directions. 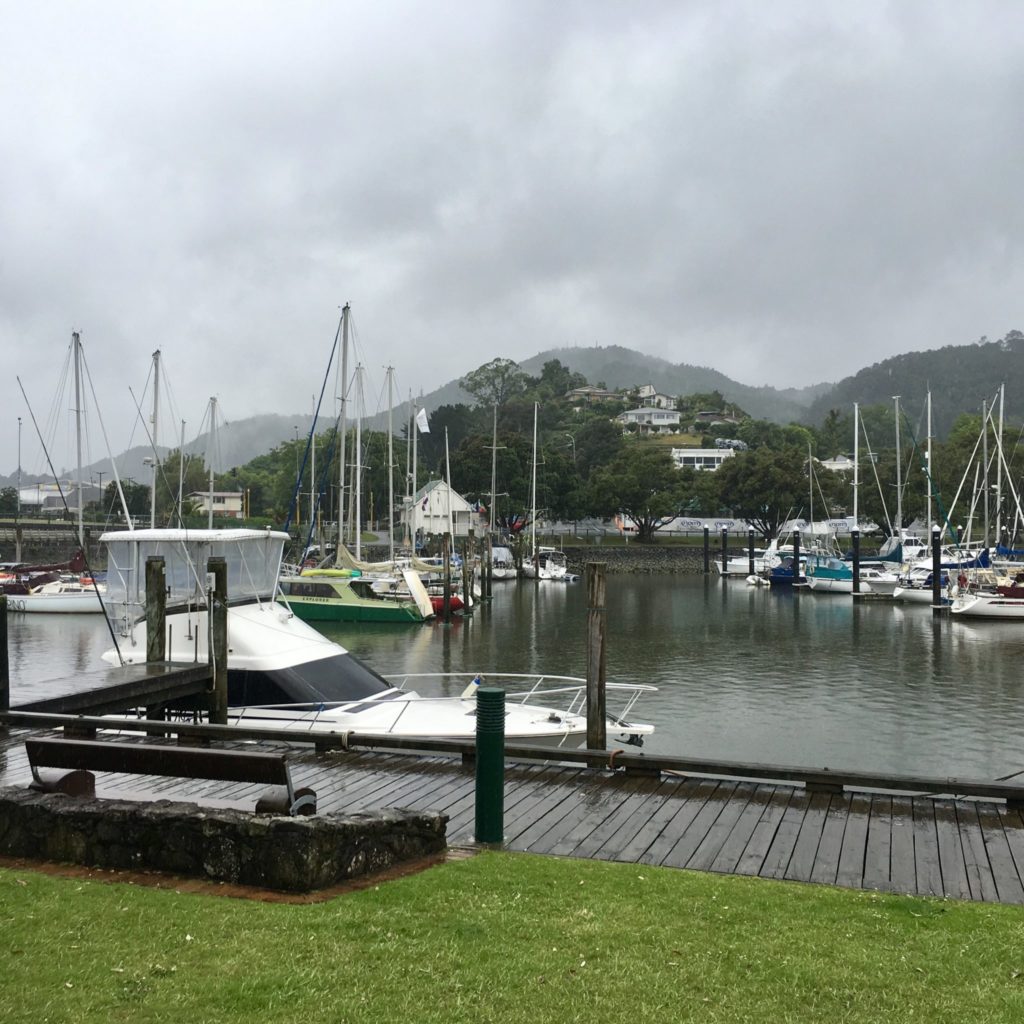 On the other side is a small suburb called, “Onerahi”. We took someone home that day in that place first and the we visited our friend Julie. 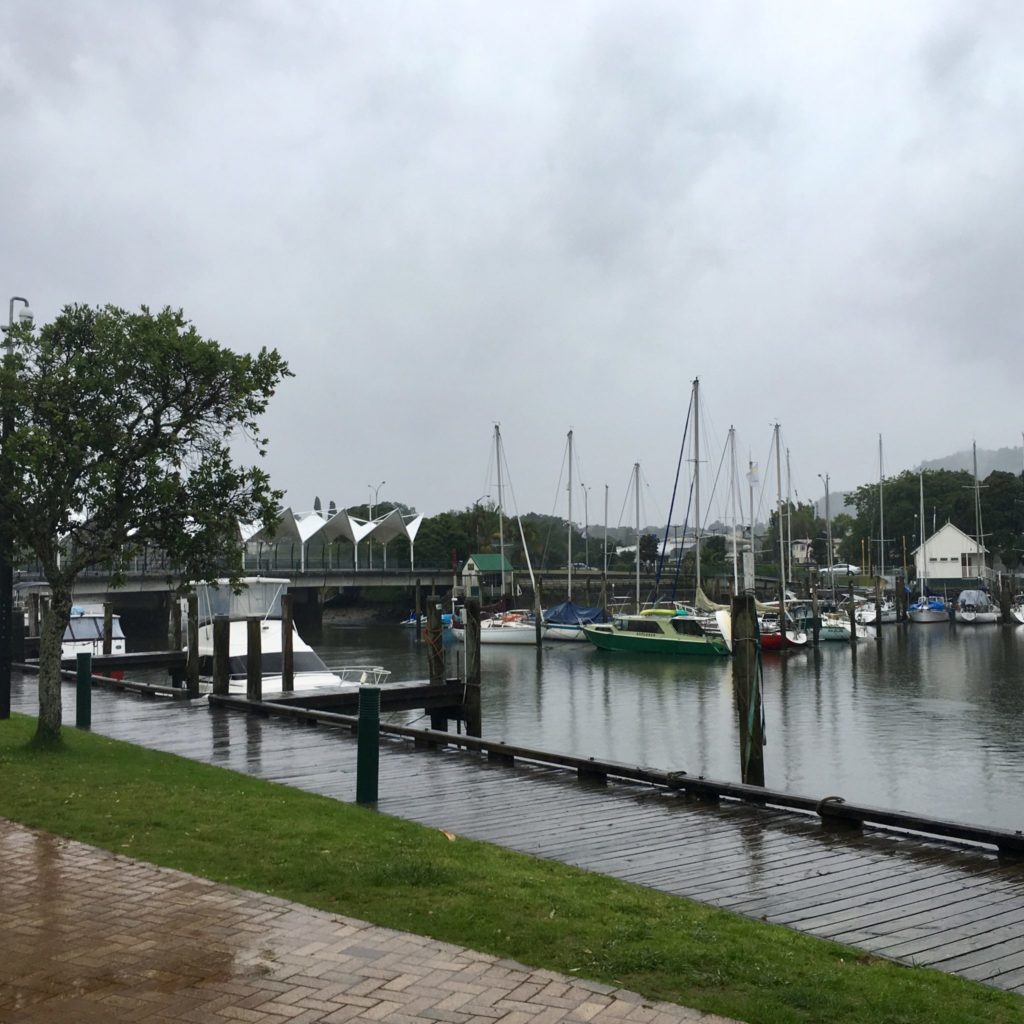 Over on the left is the bridge we crossed to get to Onerahi and now I took some photos. 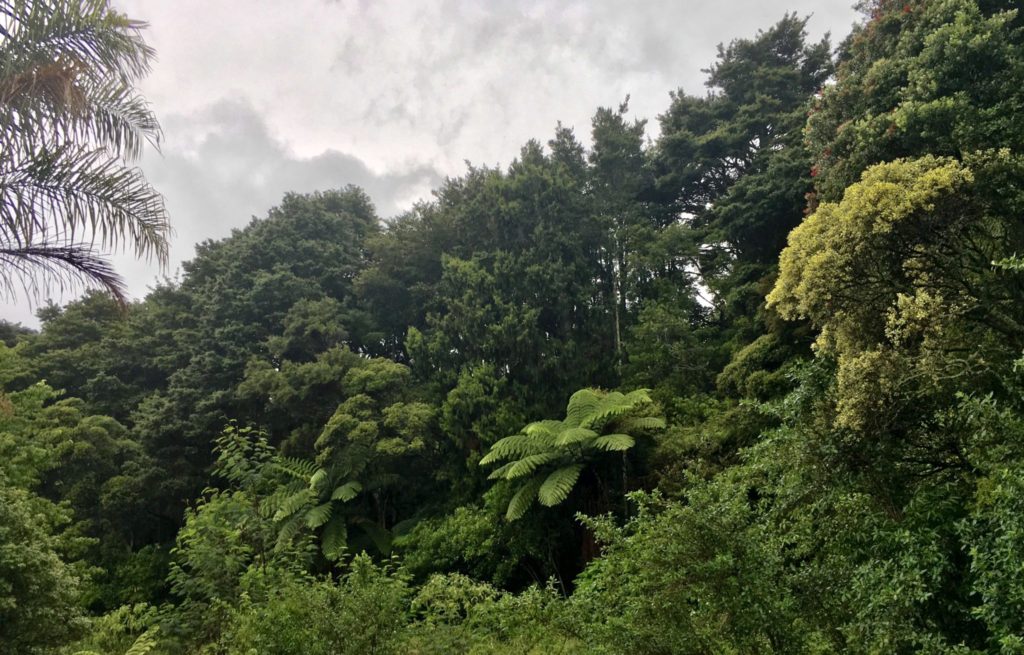 This is the view from the Service Station when we had to fill up with petrol. I just like the New Zealand bush. This was near Onerahi in Whangarei. You see a selection of foliage and greenery. 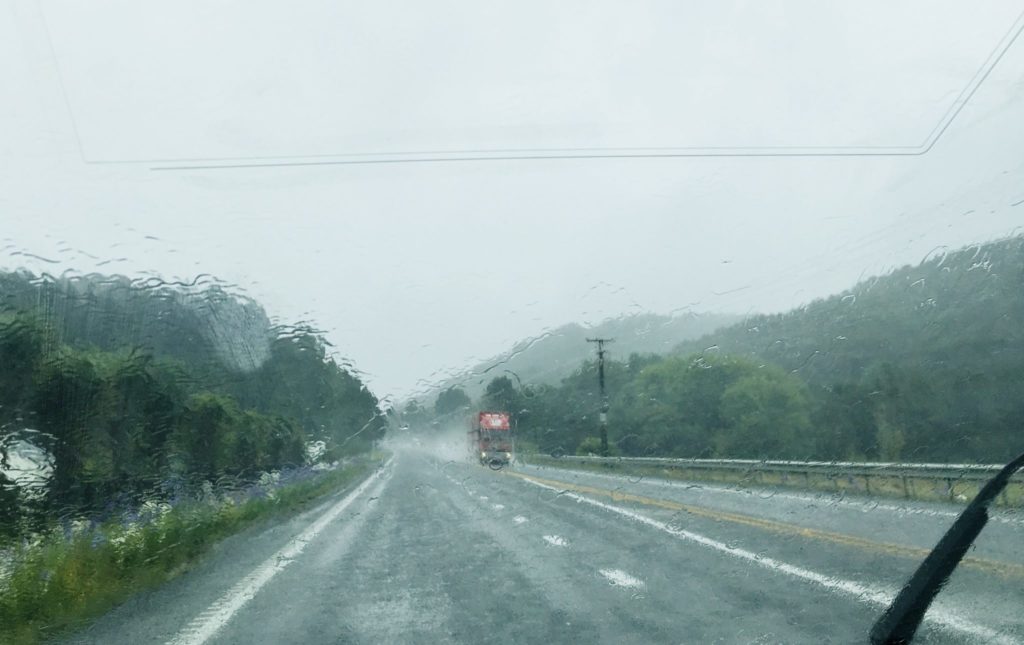 This is thre path going towards the Brnderwyns. Never underestimate thes mountains many have died here and one of the most dangerous places but before that if you drive from Auckland you have to drive through Dome Valley which it’s known to me as the valley of death. My friend Hazel died in a car accident ther many years ago. 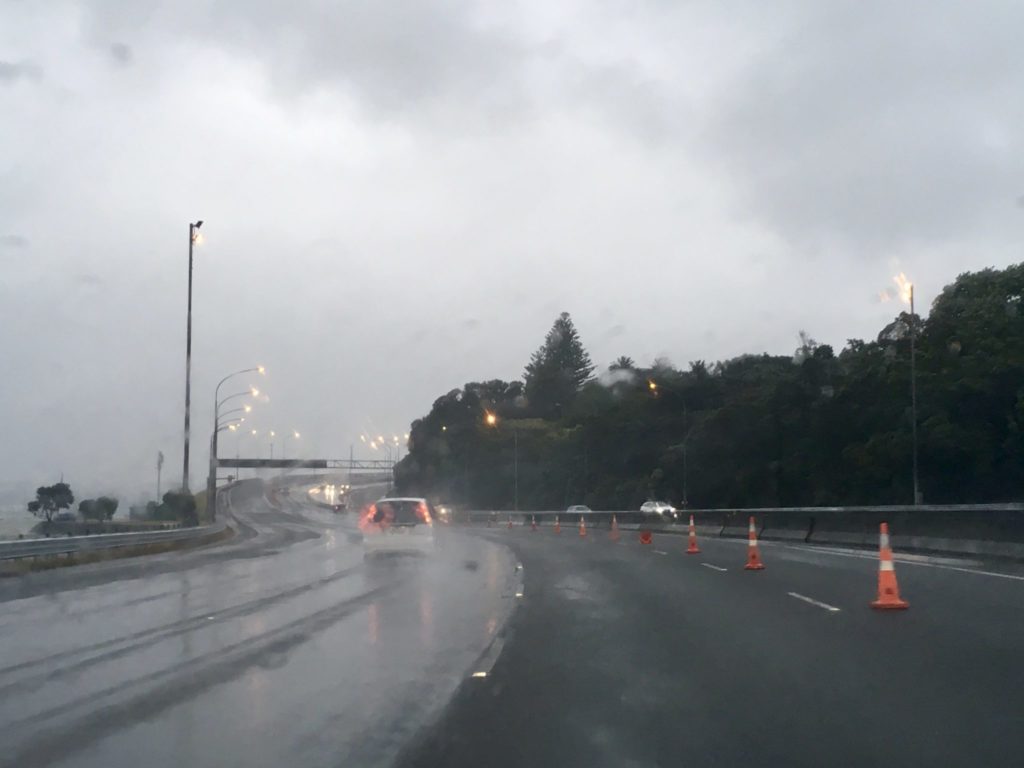 This is the approach to the Auckland harbour bridge returning home from the North shore.