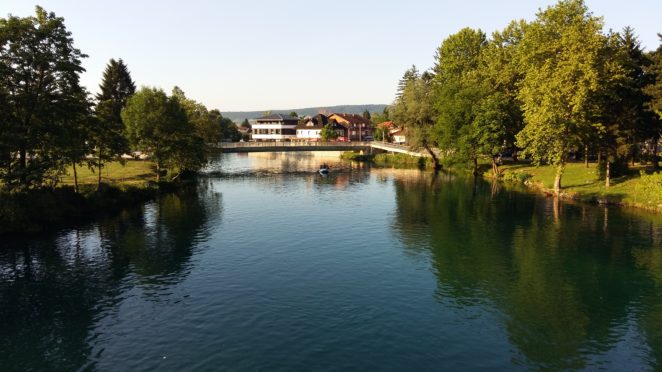 My country (Slovenia) was formed about 20 years ago. Before that, it belonged to the former state of Yugoslavia on the Balkan Peninsula.

Yugoslavia was a state on the Balkan Peninsula, which existed between 1963 and 1992. The name Democratic Denominational Yugoslavia was formed after the Second World War from the territory of the pre-war Kingdom of Yugoslavia.

With the collapse of the state, in the years 1991 and 1992, six new states were created in its former territory:

I decided to visit Bosnia and Herzegovina, which is divided in ethnic terms into three groups: the most numerous of them are Bosniaks or Muslim populations, followed by Bosnian Serbs and Croats. The national-political tensions between groups and the civil war at the breakup of Yugoslavia were formed by a decentralized and internationally-controlled state of two entities: the Federation of Bosnia and Herzegovina and the Republic of Serbia.

My first stop was the town of Bihac, which lies along the beautiful Una river. By the river it is very lively throughout the day, especially on evenings where there are many cafes.