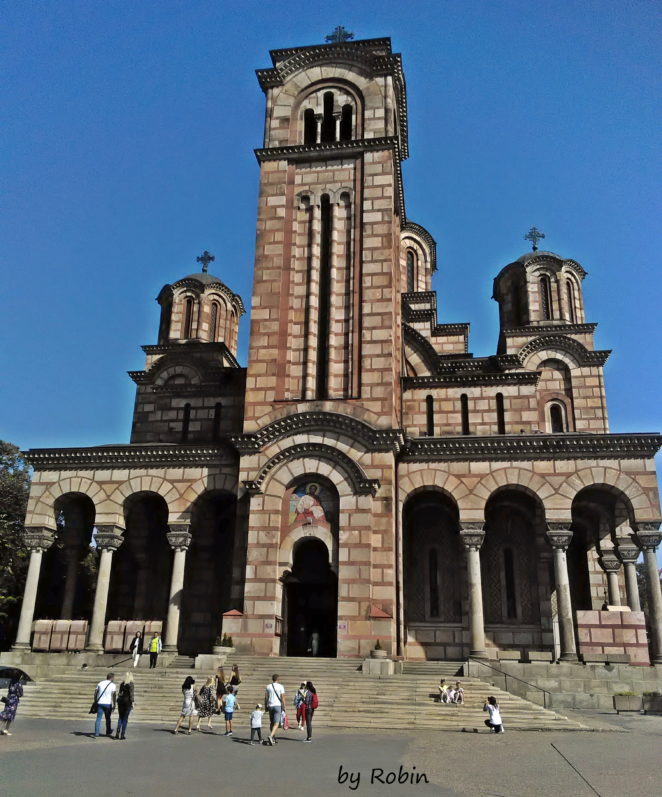 St. Mark’s Church is located at the entrance to Belgrade’s Tasmajdan Park.It began to be built in 1931. It was built until the beginning of World War 2, until 1940.The church is named after the Apostle and Evangelist Mark, who was the son of a wealthy woman Mary, who was a friend to Christians, and was one of the apostles of Jesus Christ and author of the First Gospel.It is also interesting that the church of the same name exists in Italy and that the Church of St. Mark in Venice is the most famous church in that part of ItalyThe very construction of the church in Belgrade was interrupted several times, so this church was considered the only Orthodox church that for many years was completely unpainted with frescoes.In fact, the church is not completely finished today.Much has been done in the last ten years. 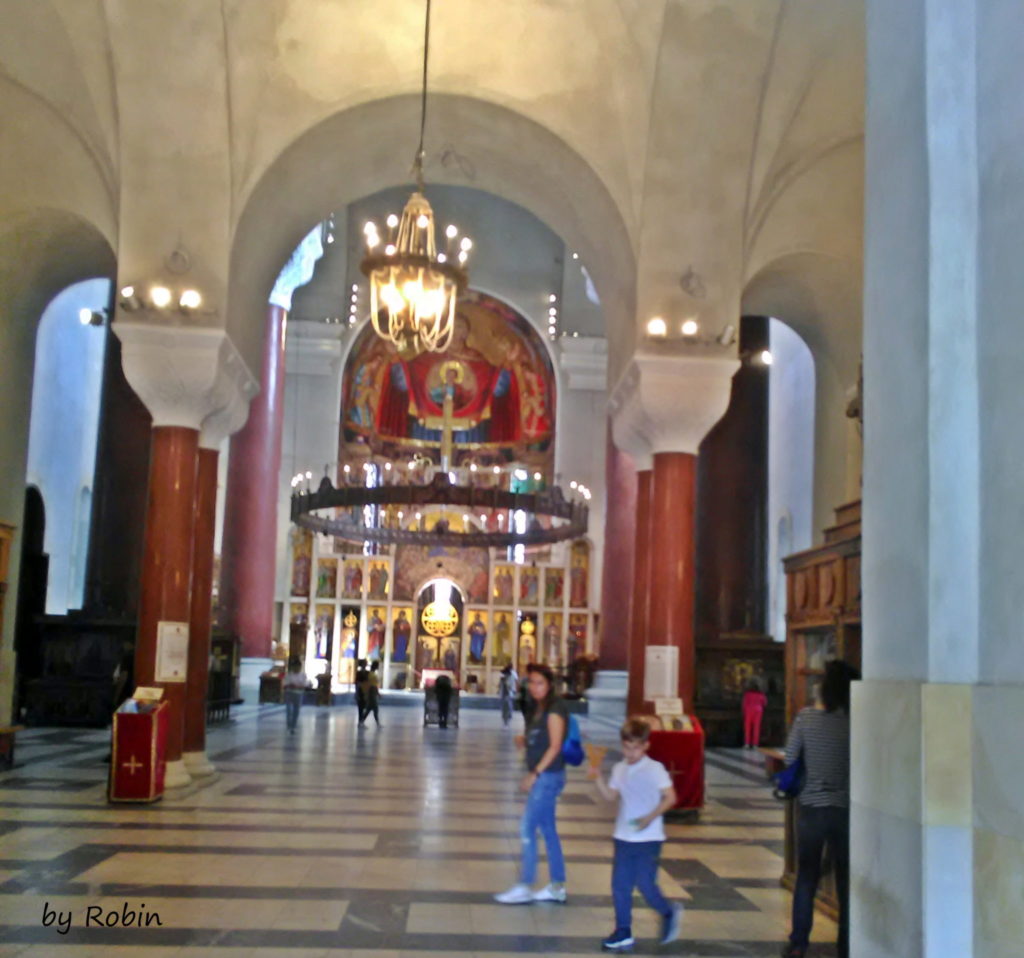 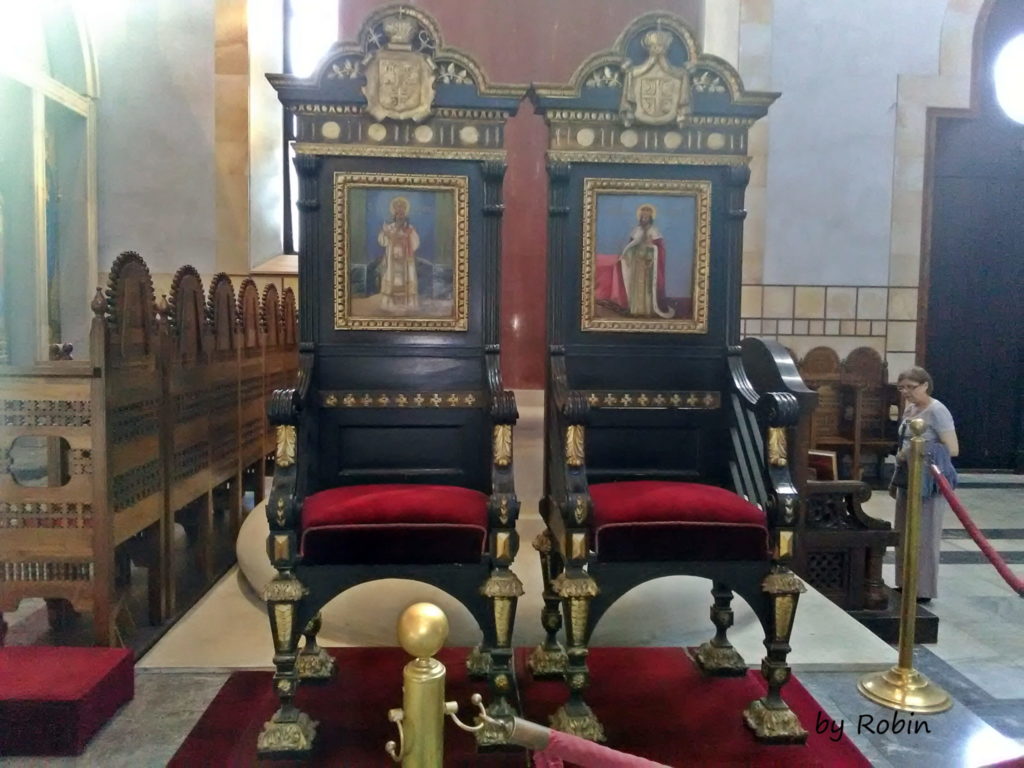 For weddings of important personalities

A large number of tourists especially from China and Japan come to visit this temple.I visited the church and took photos for you to see what the inside of the church looks like.There are two photos that I will write a little more about below them. 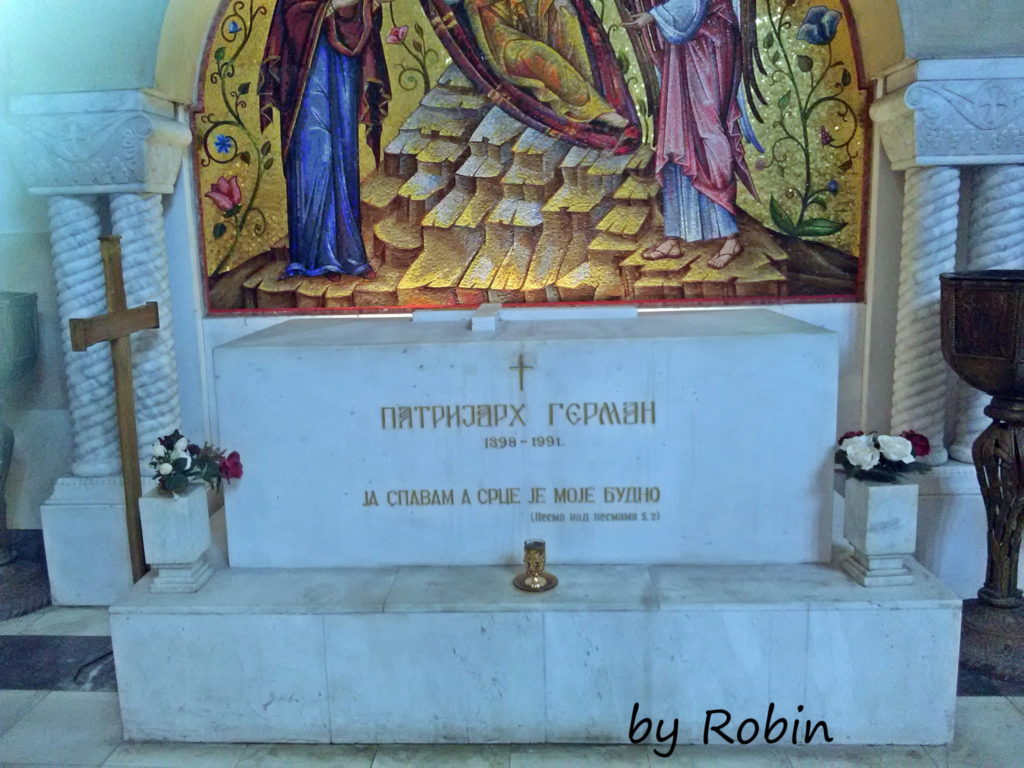 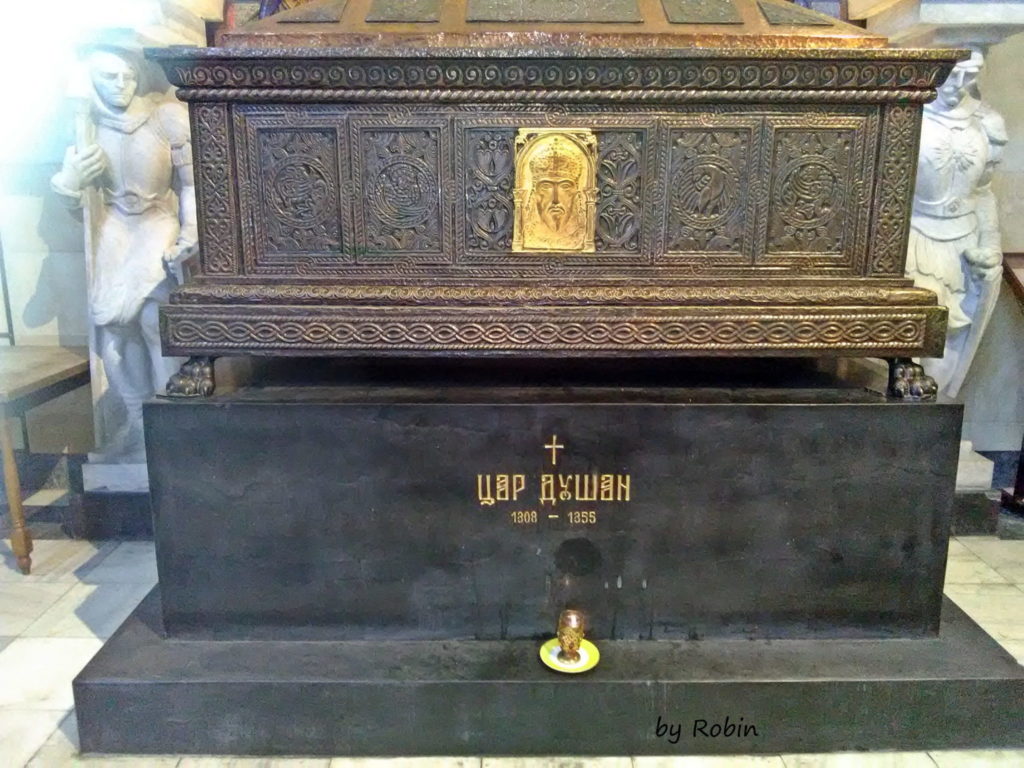 Stefan Uros IV Dusan (Serbian Cyrillic: Stefan Uros IV Dusan, pronounced [about this soundlisten), known as Dusan the Mighty (Serbian: Dusan Silni / Dusan Silni; c. 1308 – 20 December 1355), was the King of Serbia from 8 September 1331 and the Emperor and autocrat of the Serbs, Bulgarians, Greeks and Albanians from 16 April 1346 until his death. Dušan conquered a large part of southeast Europe, becoming one of the most powerful monarchs of the era. Under Dušan’s rule, Serbia was the major power in the Balkans, and a multi-lingual empire that stretched from the Danube in the north to the Gulf of Corynth in the south, with its capital in Skopje He enacted the constitution of the Serbian Empire, known as Dušan’s Code, perhaps the most important literary work of medieval Serbia.Dušan promoted the Serbian Church from an archbishopric to the Patriarchate, completed the construction of the High Decani Monastery (a UNESCO site), and founded the Saint Archangels Monastery, among others. Under its rule, Serbia has reached its territorial, political, economic, and cultural peak.Dušan died in 1355, seen as the end of resistance against the Ottoman Empire’s advocacy and the subsequent fall of the Eastern Orthodox Church in the region.source: https: //en.wikipedia.org/wiki/Stefan_Dusan