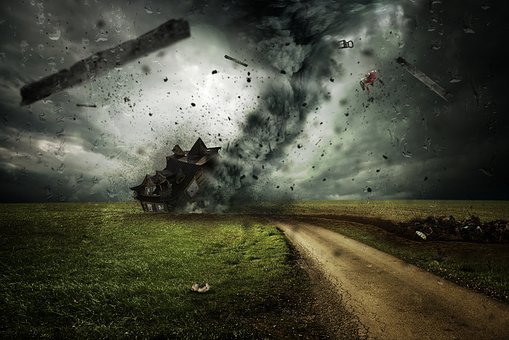 For two years now it has driven back all attempts at finishing it and apart from ruining businesses and tempers, it has had its own tempestuous river flowing down a vast part where egrets and herons gathered for a quick fish-nosh (now sadly stemmed), it has had its own little precipice (near the Chinkky graveyard –excuse the racist term, just put in for fun) where cars fell in and whirred mud without getting out, and it has had its own innumerable holes down which I am sure something has fallen (maybe only a dung beetle or two). The inconvenience has meant not being able to enter your own moo, having your water supply cut off without prior notice (not once but many times) and the wretched “saeva indignatio” of realising that no one is interested in starting a revolution to get it finished – a revolution which would mean going to City Hall in numbers, shouting, getting arrested, fined, put in jail and put on television. Why, for weeks, Wanasin Market remained the unproud possessor of a pit the size of the one Usher fell into in the “Fall of the House of Usher”. Said pit dominated the mid-part of Soi Siam, had boulders, water, tubes, cats and children in it for weeks. No one could get round it easily. It cratered its way into the annals of Soi Siam Country Club history, and do you know what? Nobody complained. We all walked or whizzed or collided round it as though we relished the adrenalin rush we got from walking near sheer falls on our way to and from the fresh talad.

Of late the soi is getting its facelift but it is not finished. However, the enterprising workers have found a novel way of helping people to avoid open holes – stick a tree branch in it! With such innovation it is very likely but not certain that Soi Siam Country Club will not win the unfinished soi of the year award next year, but because TIT (This Is Thailand) exists, it is equally likely but not certain that it will, and if you give the state of the soi too much thought you may remain eternally pessimistic and misanthropic into the bargain because who but an interestingly creative road-worker would stick a withered branch in a dangerous hole and hope it stood for adequate warning on a dark, drunk night of it?!

Now where do I stand on all this? As usual, I go for the unique position on my wailing soi, given I’m a comedian and given to writing about jokes, and even being considered a joke myself. I just hope my soi will never get finished because I sometimes get blogger’s block but with a soi like mine to write about, it’s going to be plain sailing till my doomsday. Will that doomsday be a normal exit or will I fall down a branchless hole? THAT remains to be seen, witnessed & laughed at by my numerous critics who just wish Soi Siam Country Club got finished!!!