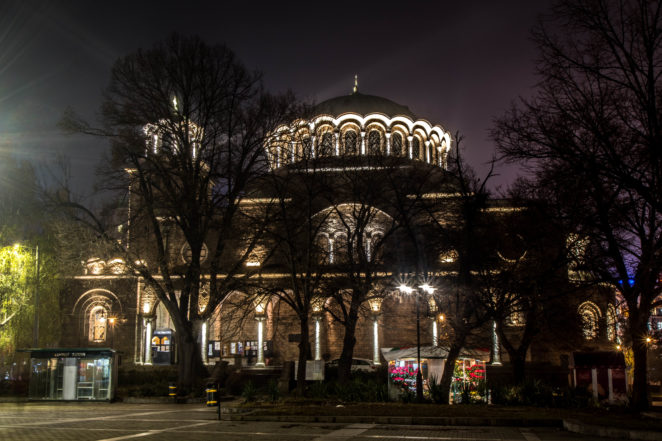 It is the cathedral of the Metropolitan of Sofia.

In XIX and first decades of XX century, the temple was also called “Saint King” because it housed the relics of the Serbian King Stefan Uros II (1282 – 1321).

Probably the original church was built in the  X century and like other temples of Sofia at that time, it had stone foundations, and upwards with a wooden structure. In this form, the temple existed until the mid- XIX century.

The church became famous during the attack on April 16, 1925, during the funeral of general Konstantin Georgiev, when it was destroyed. 193 people were killed and about 500 injured.

It is believed to be the most serious terrorist act in the history of Bulgaria, and at that time in the world.