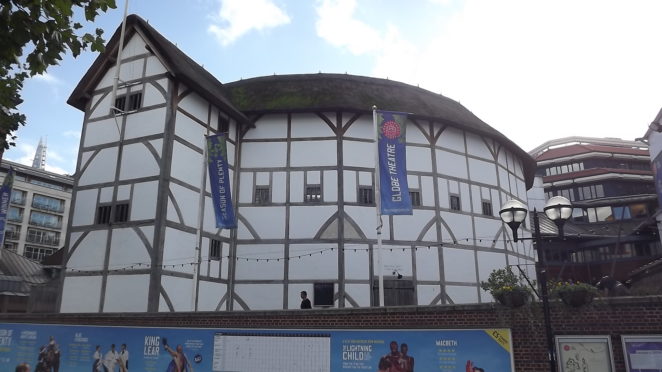 This is “Shakespeare’s Globe”, a reconstruction of the Globe Theatre in which many of William Shakespeare’s plays were originally performed.

It stands on the south bank of London’s River Thames, close to London Bridge and Tate Modern art gallery. It is not on the exact site of the original theatre but only about 750 feet away. In one sense, the current location is more accurate than the “real” one would have been, because Shakespeare’s theatre was right on the bank of the river, as the reconstruction is, but the river has changed its course over the centuries.

The “new” theatre was the brainchild of American actor and director Sam Wanamaker, who started the project to rebuild the Globe in 1970. After much fundraising and overcoming of opposition, the new theatre was completed, and the first performances held, in 1997. It has had a summer season (not just of Shakespeare’s plays) ever since. 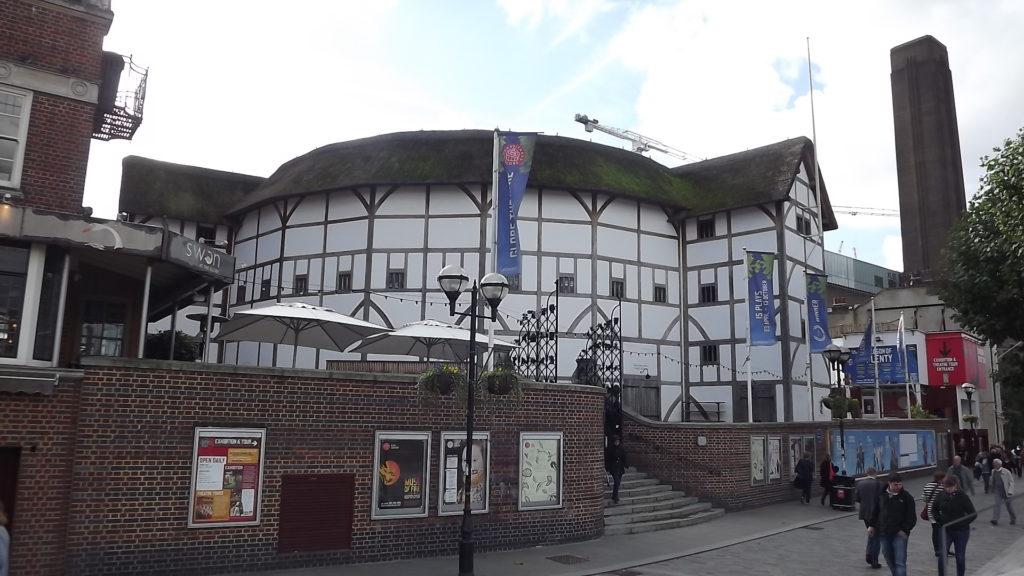 The reconstruction was done as faithfully to the original design as possible, subject to health and safety requirements and question marks over what the original design actually was. One remarkable feature of the Globe is that it has a thatched roof, and is therefore the only building in London of which that is true, thatch having been banned ever since the Great Fire of London in 1666!

The construction was done by using traditional methods and materials as far as was practically possible. Oak was used for all the structural timbers which were assembled using mortise and tenon joints. No steel was used, and only a minimal amount of concrete. 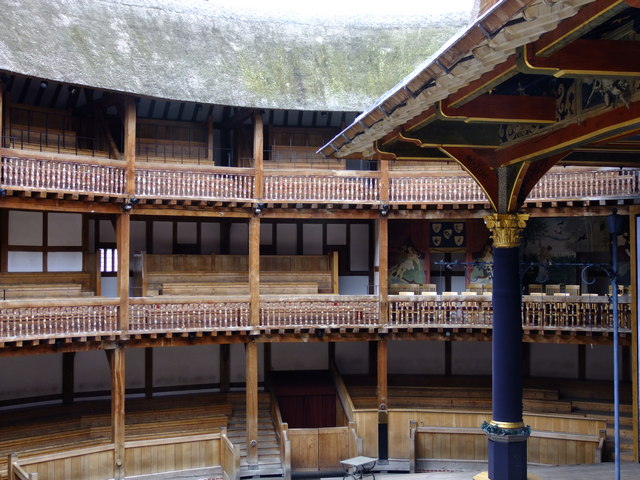 Theatregoers can get an experience that is not far removed from that enjoyed by Shakespeare’s contemporaries. For one thing the auditorium is open to the elements (hence the lack of a winter season) and the seats are bare boards (cushions can he brought or hired!). There is also plenty of standing room as in the days of the “penny stinkards” that formed a considerable element of Shakespeare’s audiences.

It is a great shame that Sam Wanamaker died in 1993, four years before his dream became a reality. He would have been justly proud of what he and his team gave London’s cultural scene.

(Exterior photos are by me, the interior shot is taken from a copyright-free source)