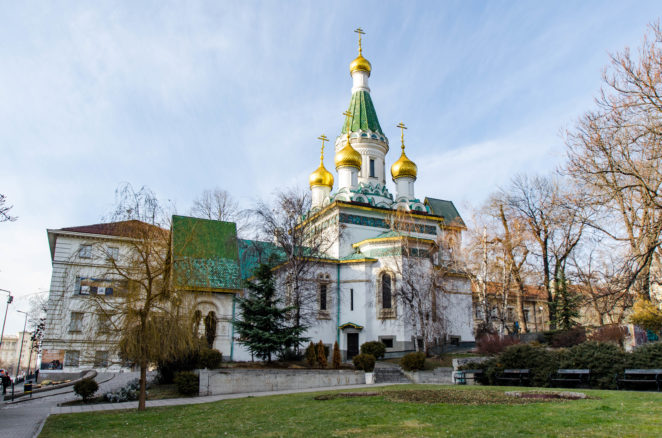 Church of St Nicholas the Miracle-Maker.

A very beautiful building, built in a style characteristic of Russian Orthodoxy.

Construction began at the end of the 19th century.

Originally designed as a chapel to the Russian Embassy in Bulgaria, the temple almost immediately lost its role after 1917.

After the October Revolution, priests from the so-called Russian Overseas Church began to serve there, and the temple became the center of numerous Russian immigration to the country.