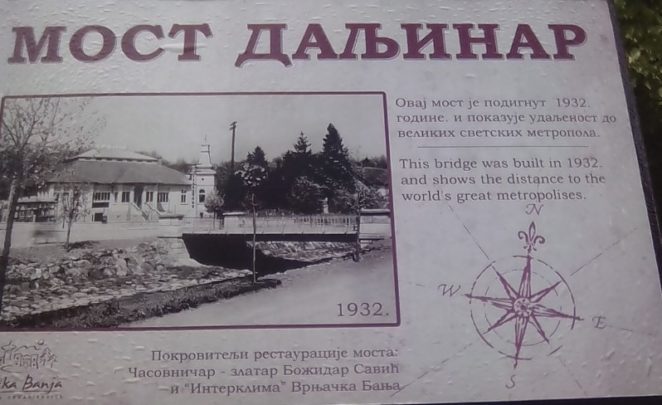 The story of another bridge in Vrnjacka Spa.According to the testimony of the priest from Vrnjacka Banja Spa, Sava Petrovic, who dealt with collecting documents about the Old Vrnjci- village near the spa, a famous waiter Nedelko Ilic was often seen on a bride gathering the guests and tels them a story about distance from Vrnjacka Spa to the worlds greats metropolises. 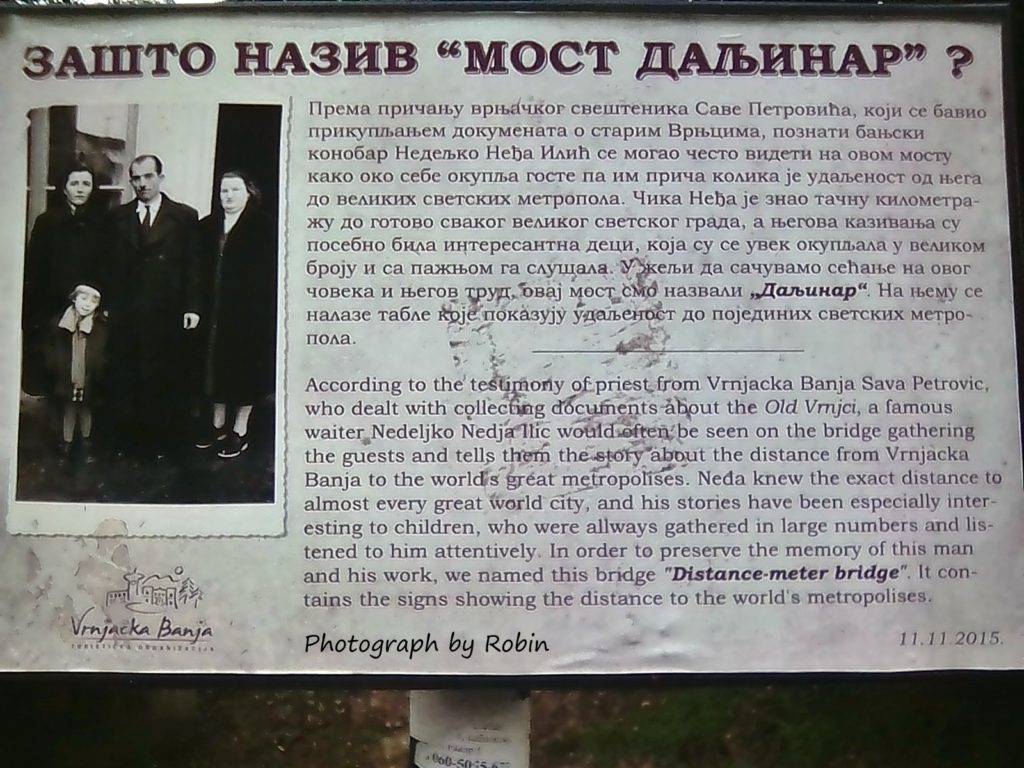 Nedeljko knew the exact distance to almost every great world city, and his stories were especially interesting for children, who always gathered in large numbers and listened to him attentively.In order, we name this bridge “Distance-meter bridge”.It contains the signs showing the distance to the Worlds metropolises.

I think it’s a nice story about human ingenuity.