The Chindia Tower is the emblem of my town Targoviste. Most likely it was built in the second half of the 15th century, during the reign of Vlad Tepes( Vlad the Impaler). The presence of this tower in a royal residence is justified by the fact that the defense element played a leading role in the life of the feudal courts in case of siege. The Chindia Tower played such a role, serving as a point of observation and guarding the courtyard and its surroundings.

The tower is 27 m tall and consists of a pyramid-shaped base, plated with stone, from which a cylindrical body, made of brick, with an outside diameter of 9 m, develops. 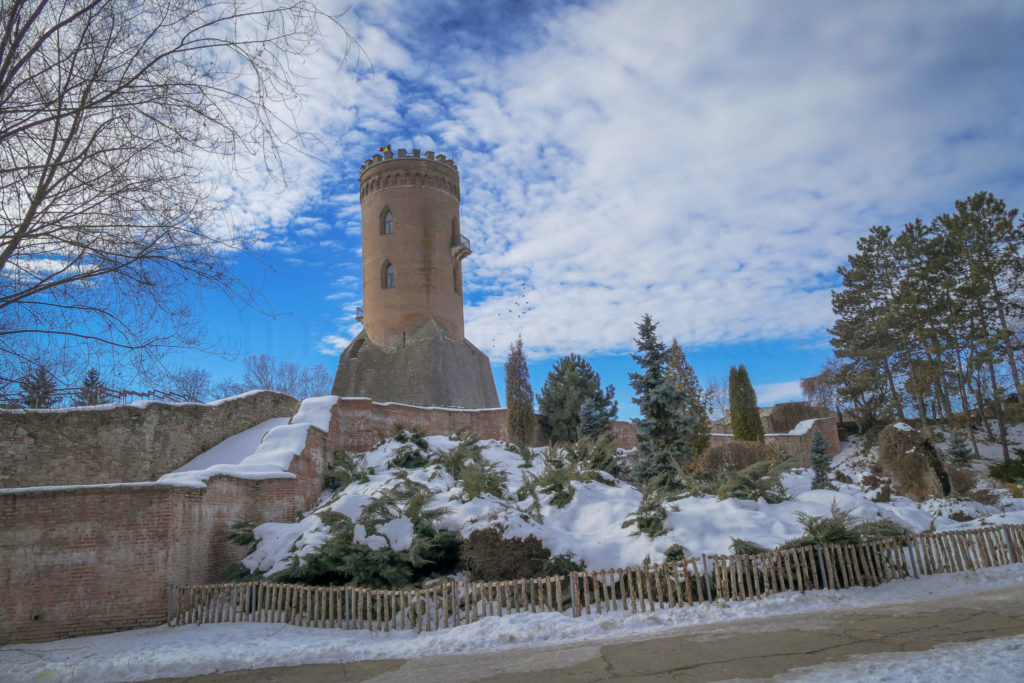 This is my 56th post for the 365 Photo Challenge –  started by artbytes26. Rules and guidelines for this challenge can be found here: 365 PHOTOS Challenge.