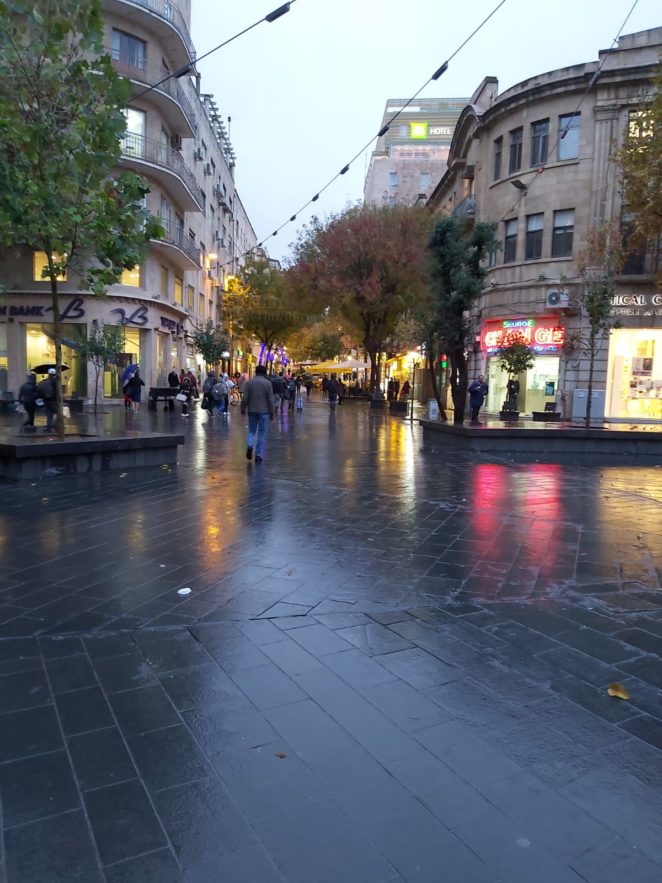 I was in Downtown Jerusalem yesterday during the rain.  As you can see, there were a fair number of other people also shopping and doing business, the rain didn’t stop them either.

The plaza, which used to be a road before 1980, was named after Eliezer Ben Yehuda,  the “Father of Modern Hebrew.”  He was the first to realize that the new nation of Israel would need to update the language as more and more people were coming to Israel from other countries.  Many of the first immigrants were from Russia, Germany and Arab lands. They needed a common language.  Most Jews, already knew Hebrew from the Bible and prayers, but there were many words that the prayers didn’t have.  How would you say “Ice Cream?”  He took the word from Italian, Glace, and in Hebrew it is “Gleeda.”  Other words he took straight from the Bible, changing its meaning into modern context. From the book of Ezekiel, he took the work “Chashmal,” to mean electricity, and the word “Ofanaiim” to mean bicycle.

So we owe Eliezer Ben Yehuda our Modern Hebrew words.  For more information go to this link and read a great book about how Modern Hebrew came about.