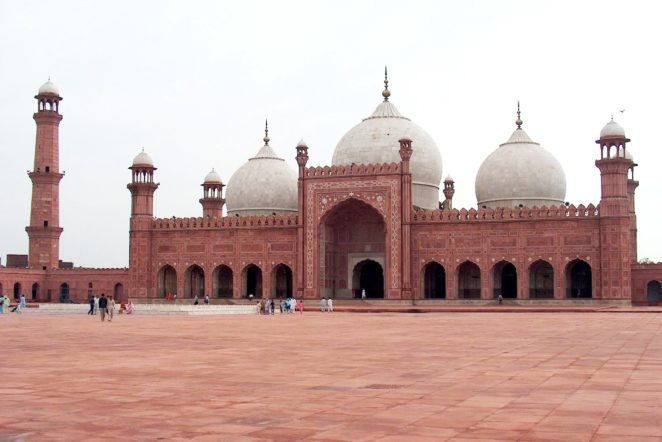 Badshahi Mosque in Lahore (Punjab, Pakistan) is one of the best examples of Mughal architecture anywhere in Asia. Begun in 1671 under the orders of Emperor Aurangzeb (the sixth Mughal Emperor) it has had a checkered history but, following a complete restoration between 1939 and 1960, it is now a major tourist attraction as well as a centre of Moslem worship and prayer. 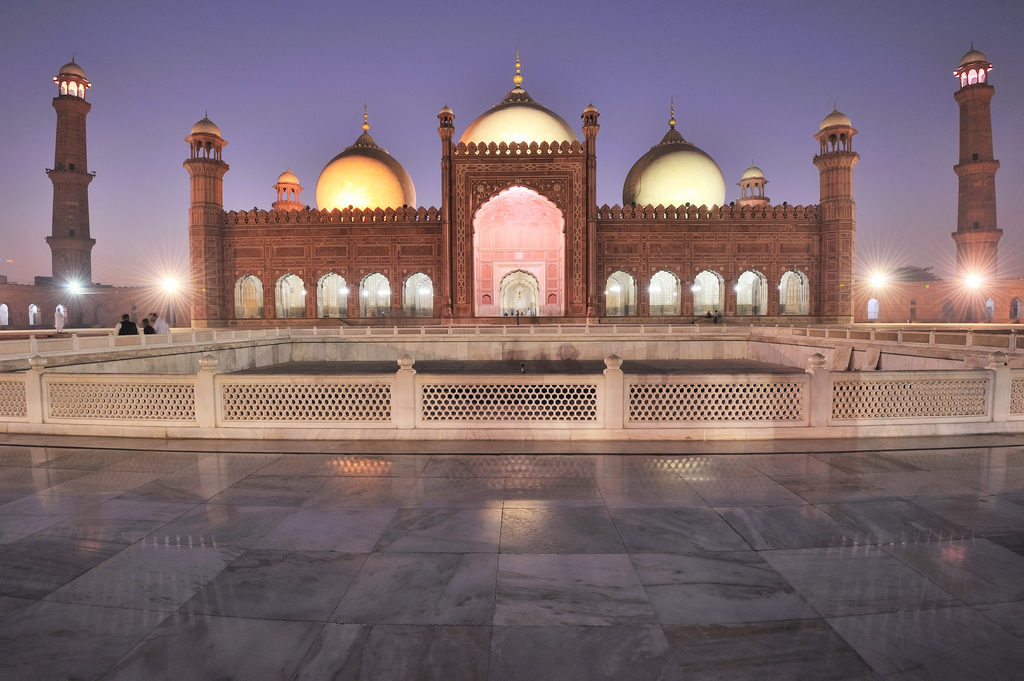 Some facts about Badshahi Mosque:

·       It was originally built to house a sacred relic, namely a strand of the Prophet’s hair

·       The design is based on that of the Jama Mosque in Delhi that was built by Aurangzeb’s father, Shah Jahan

·       The walls were built using small bricks assembled with lime mortar, then faced with red sandstone

·       The main Prayer Hall is decorated with stucco tracery ,frescoes and inlaid marble

·       The Mosque was built on a 6-metre high plinth to prevent flooding by the nearby Ravi River. The main entrance (from the east) is therefore approached by a flight of 22 three-sided steps

·       The Mosque is symmetrical. The closeness of the river meant that it was not possible to build a northern gateway, so there is therefore no southern gateway either

·       The main Prayer Hall is divided into seven sections by arches. Three of these chambers are surmounted by domes that are clad in white marble

·       Badshahi Mosque suffered damage during the Sikh Empire of the early 18th century. An earthquake in 1840 destroyed the turrets at the tops of the minarets which were then used during the Sikh Civil War as gun emplacements to bombard the nearby Lahore Fort

·       Repairs to the Mosque began in 1852, but the real restoration work took place in the 20th century, at a cost of around five million rupees

Today despite the large number of tourists it attracts, Badshahi Mosque is a place of peace and tranquillity.  It is well worth a visit not only as a wonderful example of Mughal architecture but as somewhere to offer a prayer or be quiet for a time.