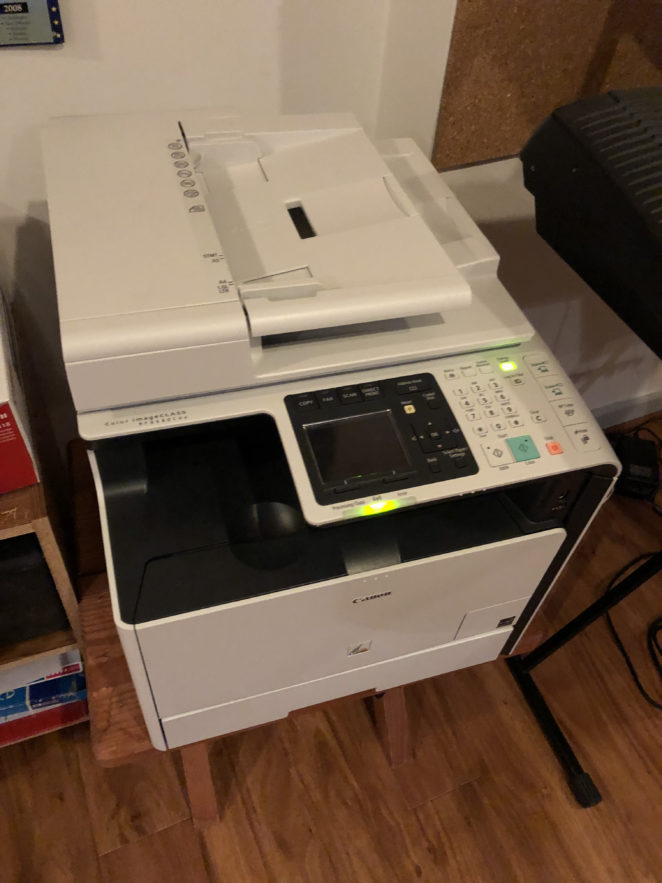 The edge of tomorrow, it is something that I wonder about all the time. In particular, right now I am interested in the evolution of printing. I know many years ago that I had a printer for every single computer in the house. Other than the four servers I had in the basement. I seldom printed from a server. I did have two printers in or near my office. The first big change for me was to move to a network printer. We quickly went from 5 printers running in the house, to two. We have a 3rd printer but it is a plotter, so I am not sure it counts.

We have a portable printer on the boat, but that is more for peace of mind than anything else. We were an HP house for computers and printers for a long time. We do not now own anything made by HP. Double evolution, I guess there was a time when our house kept HP afloat. Between the inkjet cartridges and laser toner, we were spending 800 dollars a year maintaining all those printers. (Color lasers are expensive).

Now we just have the two printers, and frankly, the volume of printing has also changed. Back in the day, we were printing between 1200 and 1500 pages per month. Now we print less than 200 pages per month. The evolution is more towards keeping things on the computer and not having the printed pages in a binder. What amazes me is the quality of the printers we now have. We don’t have a pair of high-end laser printers. They are mid-range and frankly do a great job. We have two Canon laser printers, and we are never going back to HP. Just the ease of being able to print from the iPad and iPhone makes the Canon amazing.

What once was, is no more. Plus, printing less makes it so much less per year that we spend on toner!