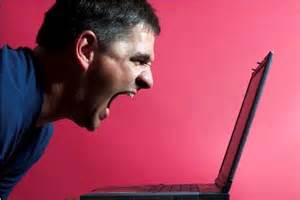 I have posted about the issue of the Windows Tech Team calling you, and telling you your computer is spewing errors into the universe. It isn’t by the way. The company, that makes Windows, Microsoft, signed a dissent decree in the 1990’s that prohibits them from building or collecting information about your computer that isn’t available to everyone. Plus, consider this for a moment. There are more than 150,000,000+ Windows-based computers in the world. The average computer generates 25 messages a day that are relevant. That makes for a huge number of messages flowing through a computer system that doesn’t exist! (3 billion 750 million messages every single day and they found the 25 your computer sent in. Oh yeah and from that computer name, they found you, your phone number and were able to call you.)

In fact, if you consider it, the amount of storage to house such information is staggering. Plus, how are they finding the specific errors for your computer? It is sadly a scam that preys on the insecurities of people and I find it embarrassing. Finally, the last piece of the puzzle is the reality of them actually finding the errors from your computer. Then tracking down based on a computer name, who owns the computer. Then finding your telephone number so they could call you.

1. Microsoft doesn’t call you at home. The caller will bluff and tell you they are from Microsoft. Ask for a badge number. They won’t have one. Then they will say they are from a Microsoft Authorized Partner. Ask them what partner. It won’t be one you’ve heard of.

2. See how long you can keep them on the phone. I’ve managed to keep them on for more than 10 minutes acting like I had never used a computer.

3. Press them for more details. The last one I got told me my Dell computer was having the errors. I haven’t owned a Dell computer in more than 10 years. I told the guy that, he said I was lying. I started laughing. He hung up on me.