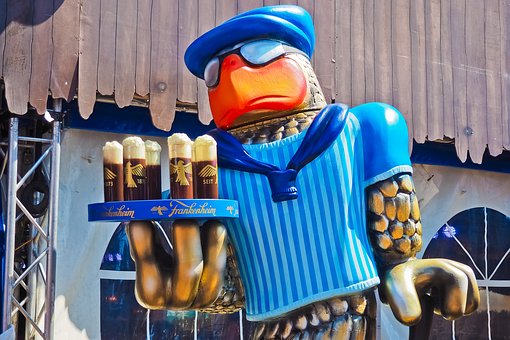 An expat of twenty years’ standing and some sitting, Roy is always in some sort of trouble here in Pattaya, Fun City. Only recently he fought nine bottles of Leo and won but it caused him to collapse at home. Seventy years is a fair bit of time to be carrying it, time, on your brain but please excuse me, Roy, if I say that you still think like a babe.

Roy is in love with an alcoholic. She’s his ex-girlfriend but he still loves her, and just three days ago showed his love by giving her family 4000 baht. He doesn’t have a potty to urinate in but he gave her family the dosh. He’s just lost on an investment in Bitcoin, the lady didn’t double his money, she stole it, and now she’s not answering her phone. Roy says he will expose the hoax on Facebook. Since knowing Roy (under a year), I know he has been robbed twice and slapped once, but if rumour is right, those were mild incidents compared to the trouble he is now in.

The Story (Inspired By Roy)

Two doors away from R. lived a Thai man and his lady-friend. They had a one year old baby son who kept them awake at night. R. sometimes kept them awake at night too, playing loud music. When the Thai man drank, he got angry with his predicament – that is, with his wife and young son who kept him awake. He drank some more to forget his predicament, and then went two rooms down the small space and complained to R. that his music was too loud. R. had been drinking Leo and said that their baby was too loud, too. The Thai guy stared at R. R. stuck his neck out and stared back, smiling a loony smile. “Down,” said the Thai guy in English. “No,” replied R, coming outside to sniff the night air and be closer to the Thai guy. The guy stepped back, sizing up his opponent. At 70 years of age, there wasn’t that much sizing up that needed doing. Bangkot (that’s the Thai man’s name) thought, “I just swing my right foot up and connect with the loon’s head, and down he’ll go.” R. was thinking the same, “Down I’ll go,” but inspired by pop culture, R. never backs down. Bangkot shouted and pushed, so R. decided to play safe and forget pop culture. He moved quickly into his room and locked the door. The Thai guy pounded then left off. R. went to a drawer where he kept a handgun. It looked OK.

The next day R. went to the tourist police in Pattaya to complain. “What can we do?” “Come and protect me.” “We can’t.” R. went back home, and the Thai guy stared him nice and heavy. R. hated the guy. The baby started crying. R., in his room, didn’t play music. He sat and drank Leo. The more he drank, the more upset he felt – with his neighbours, with his life in the little room, with the Pattaya tourist police. He wanted to play loud music but instead he drank. He had no love. He had almost no money. He had met too many thieves. He was no match for the Thai thug. Everyone was laughing at him. He didn’t even have a pot to pee in. He was well and truly out of it. He drank another bottle and another. He was still paying for his Bangkok wife’s luxury three-bedroom house in Pattaya. She had refused to live there with him. He had to rent it out to meet her bank’s mortgage requests. He didn’t have a family in England. He opened another bottle. He drank some and went to the drawer and held the brown and silver-black handgun in his palm. It was a hot, hot night in Pattaya but R. couldn’t open his window. The Thai guy had already said if he opened the window and made noise he would get shot. “Ha!” muttered R. The police, what do they care?

About three hours later, at 02.05 a.m., R. stood outside the couple’s room. Their window was open and he could see them asleep with the baby in the middle. He silently and carefully lifted his handgun, slipped the safety catch off quite noiselessly and pointed the gun into the room, through the open window. R. was so upset his arm was trembling. He breathed deeply but had to lower the gun. “Try again,” he thought. He lifted the gun to his head and pressed the nozzle against his temple. He had stopped trembling. He made his arm straight again and the gun was now not trembling. It was almost inside the room. Taking careful aim, R. said to himself, “One, two, three,” and fired two shots into the baby’s little body. He went back to his room immediately, and sat in darkness, waiting.