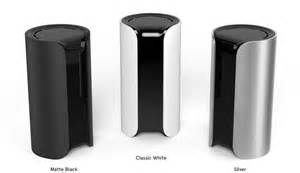 The evolution of what we call software has been an amazing ride. I started my technology quest as a school teacher trying to find a way to convey information to 2nd-grade students. I found the computer was a great tool for that, and ultimately left teaching to pursue my interest in technology.

From the creation of enterprise IT solutions to now the explosion that is Cloud resulting in the even larger explosion that is coming (IoT), it has been a fun ride. My goal here is not to look back rather find instead a continued path forward.

IoT, that I talked about yesterday continues to expand, in particular, the area of interesting devices you can have and deploy. For example, home security is an interesting problem.  Today you can have a home security system that is connected to your phone. You can arm or disarm your system at anytime from anywhere. But that doesn’t solve the problem of someone breaking into your home, disabling your alarm and robbing you. Enter the ever-expanding reality of video cameras. The system I find to be the best, easiest and frankly most flexible is the Canary System. I backed the original camera system on Kickstarter and have added several more since the original campaign ended.  My only complaint about the cameras is that they aren’t yellow (that, by the way, is a joke)! I use the Canary Cameras as the primary inside the house watch the doors system. In order to break into the house, you have to go through the doors or the windows near the doors all of which are covered by the Canary Cameras.

The integration of video, motion and offsite recording makes the cameras extremely useful. I have to say just their software alone makes them powerful. Kind of goes back to my opening concept of the journey in software and the evolution.

As the deluge that is IoT washes over us there are many things that are yet unseen coming. I am excited by the potential for the creation of truly smart devices (as I mentioned in my post yesterday). Where the devices actually pay attention to security for themselves,s for you and around them. Where they are aware of the priority of other devices and don’t step on the other devices. If AC is your primary need in the heat of the summer, don’t stress your power system by starting. Become, build and deliver secure, smart devices that empower homes, people and the future!

I am proud to be an affiliate of the Raspberry Shake team. What is Raspberry shake (I mean beyond the obvious Ice Cream with Raspberries)? It is a seismograph you can use at home or school. If you decide to buy on, please add my code rsend17.