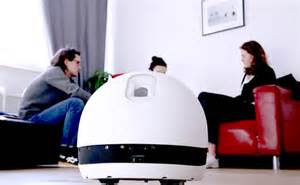 Starting over two years ago I started talking about the concept of the screen as a service. I published the original concept on my blog many months ago now.. The concept grew out of the smart watch explosion that happened a little over a year ago (and is still happening). The reality that your watch was suddenly a screen that you cellular smart phone could use and leverage to add additional information.

Pebble, Meta and other smart watches including the Samsung Gear and the  Apple iWatch all opened the door to the screen on your wrist being a service. Whatever information you wanted on that screen was yours to control.

(I wonder how long before somebody realizes they could sell advertisements on Cellular Phones and Smart Watches and reduce everyone’s cellular bill).

The concept as I said was in the end simple. Screen available screen consumed. Google Cast and the new Amazon Fire TV adapter head even further – where simply having that HDMI device in your TV allows you to connect any device to the TV. The Samsung TV’s all support a variety of direct connections to the screen as well.

The device is called the Keecker. Like many Kickstarter projects it may be delayed. The dream of this solution “a portable screen as a service” is the fulfillment of my blog dreams issued more than two years ago. Keecker is a device that has a screen, a video camera and local storage. You can use the Android OS embedded in the system to create a portable (and self-moving) Hulu, Amazon Instant Video and Netflix station.

Want to see what’s on TV in the garage but don’t want a TV in the garage permanently? Carry Keecker down the stairs and let it run. You can do the same on your back deck and anywhere else. It makes live meetings and conference rooms much more relevant. It makes any office into a meeting room quickly and effectively.

It is a tool people can use to have the screen be their remote presence. Remote presence devices reverse the smart screen as a service concept and make it the device as your representative wherever you need to be. Have to travel? Spend two hours in the airport, two hours on the plane to arrive for a two or use the PP option of the screen as a service.

My original thinking was that in fact we could build and leverage systems that displayed on our wrists things we needed to know. Now looking at what Keecker brings I realize that in the end this was a two way conversation. I can use my personal presence device to be anywhere I need to be. Plus, in my house or office or anywhere I am I now have a meeting system with me.

Plus if you want to watch a movie, the screen really is a service.