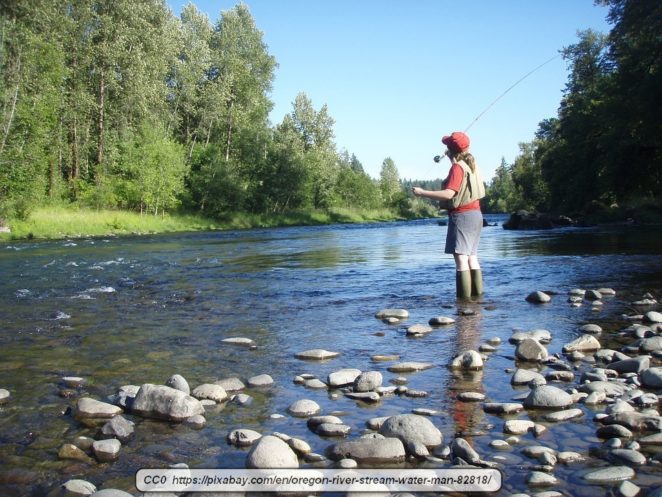 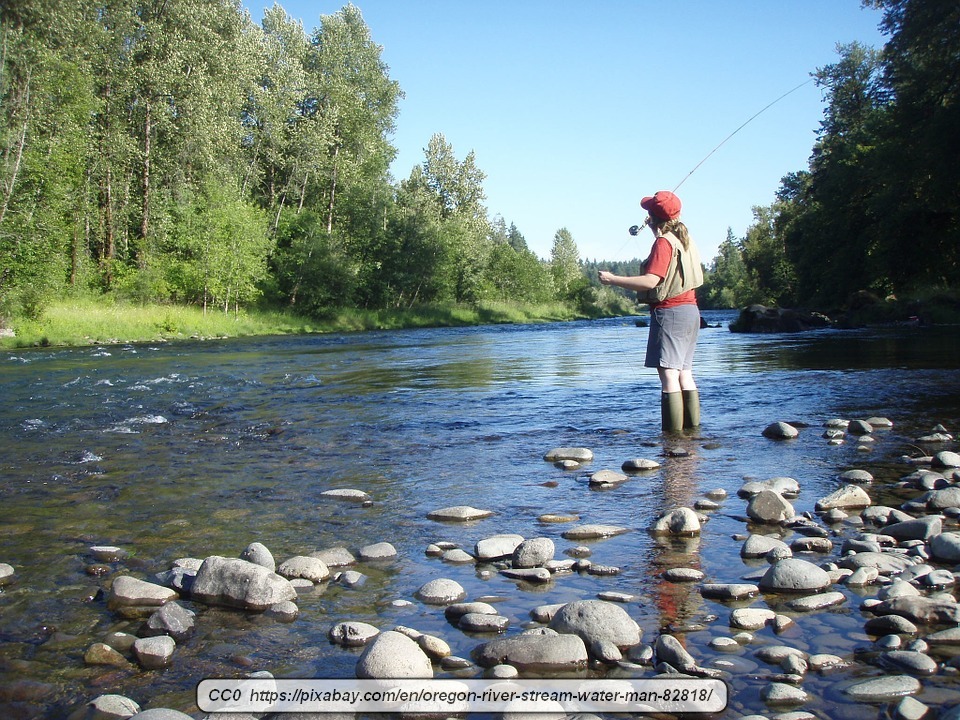 In most US states, originally fish and game commissions set a limit on the number of fish that could be caught, the time of day and time of year they could be caught how they could be caught. This was for the benefit of everyone, fish included. A larger limit threshold was placed on overpopulated or troublesome species so that more of these fish could be removed from bodies of water, to make it easier for desired species of freshwater fish. This amounted to culling that the agencies didn’t have to perform.

Fish hatcheries still planted fish in many bodies of water, funded by licenses and other fees.

Then someone got the idea of establishing and requiring catch and release. The idea originally came from the belief that fishermen didn’t eat the fish; they threw them away or buried them in the garden. Of course, in a few instances, this was true, particularly with non-game fish, but it wasn’t true in a majority of cases.

Special interest groups became involved. For instance, fishing guides could potentially make more money if fish were caught and then released, to just be caught again by one of the next people to come along and hire them for a fishing expedition. It made great sense to the guides since it increased their livelihood. Thus, many guides supported catch-and-release laws. 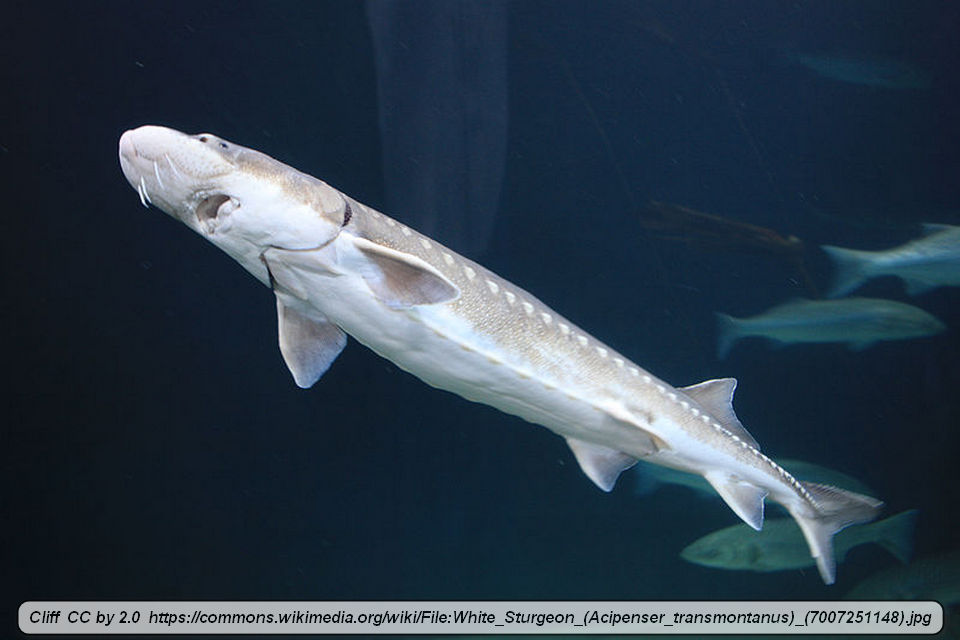 In many cases, the special interest groups brought focus to very valid concerns. For instance, a white sturgeon, which is slow to mature but can live in excess of 75 years, doesn’t begin to breed until the fish is about six feet long (two meters), which takes years. So it makes sense to release white sturgeons that are over 6 feet long so that they can repopulate a body of water.

There are other situations where a body of water is partly or completely stocked by nature, and not by hatcheries. Again, in this case, the more native fish that are left to populate, usually the better off the fish, wildlife preying on the fish, the ecosystem, and the people are.

These are both excellent reasons for catch and release. But there are good cases against this practice, too.

The fact is that many fishermen do eat and use the fish they catch if they can legally do so. In some cases, the fish can form a staple that will help with a family food supply in times of need. Some of my fondest memories revolve around eating a bunch of freshly caught and fried pan-sized fish out in camp. It was a wonderful breakfast, lunch or dinner. I’ve even cooked up trout I’ve caught and made them into a sandwich filling that was far tastier than commercially canned tuna.

Then too, many rivers, streams, and lakes have been stocked with fish that are not native. These tend to overpopulate. One example is the northern Klamath and Wood River basins in southern Oregon, where Brook Trout were introduced into many streams. While they are wonderful tasting, they breed like crazy.

Many of those streams now have an open catch limit, regardless of fish length. Why? Because they have so overpopulated that it isn’t uncommon to catch a fully mature brook trout full of eggs that are only four inches long. In the past, the fish would need to be over a foot or a third of a meter in length to be a breeder. Brook trout have the potential to get much larger, too, if they aren’t over-populated. 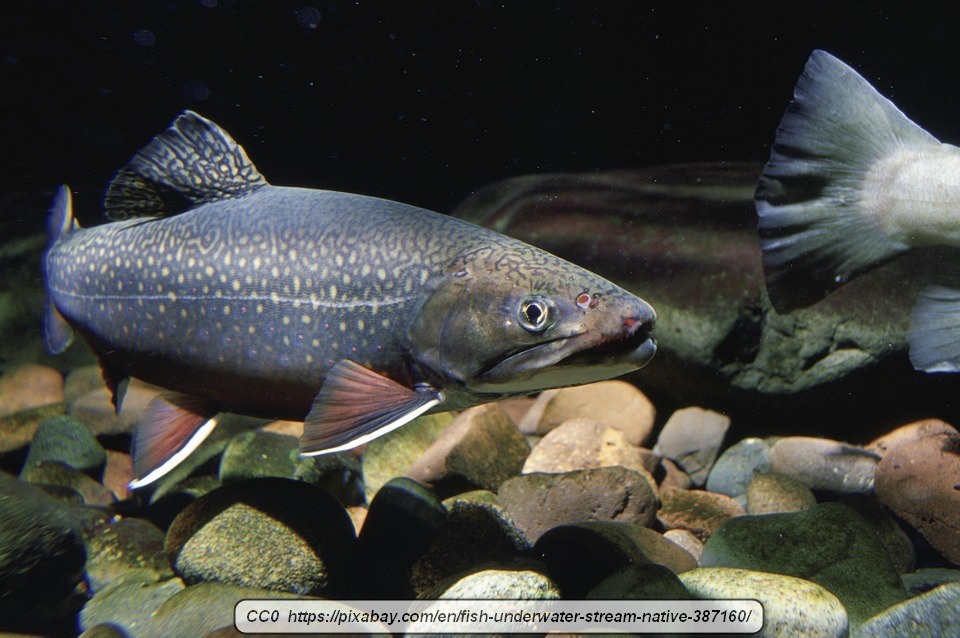 Catch and release in this case would be detrimental to the fish. They are so overpopulated that they are competing for food that hasn’t increased in amount, resulting in stunted growth. How many starve? I’m not sure that we can even begin to answer that question, but it is almost certain that many do. In fact, it also makes it harder for native fish species to compete, because of the depletion of food supplies. By catching the fish and removing them completely from the water, permanently, we are making it easier and better for those that are remaining to eat and to grow larger. Both the fish species and the fishermen benefit from this action. Native fish also benefit. In the mentioned river basins, very few native fish remain, though they were once abundant.

Additionally, even with care, many fish that are caught are so damaged that they can’t survive a release. Yet, in areas where catch and release is the law, there is no legal option but to release the fish, which will ultimately die and rot, possibly tainting the water in the process.

Catch and release restrictions need to be judged on a case by case basis, not only with the fish species in mind but also with the body of water in mind. In some cases, the idea may be sound. In others, it may be folly. It is almost certain that catch and release won’t work with all bodies of water, for all fish species. In fact, many places that currently have catch-and-release laws should not have them, if the fish, habitat, and wildlife are considered.

There are pros and cons to the idea of catch and release, and we should be weighing both before making a decision about which is best. Unfortunately, too often that isn’t what happens. Special interests often force the issue without allowing for anyone to actually think through the consequences of the action. As so often happens, they rely on emotion-based arguments and refuse to consider logic or thought-based ideas.