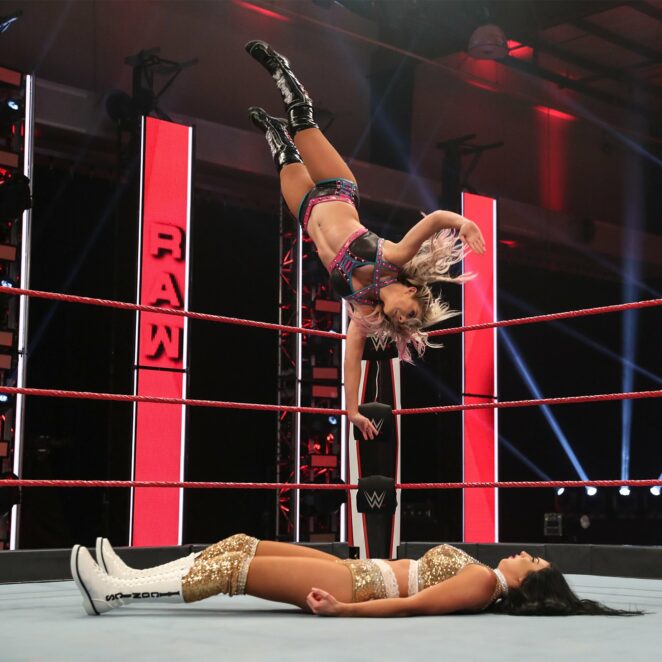 Peyton Royce lost it during her and Billie Kay, the IIconics match up for the World Wrestling Entertainment Tag Team Titles after Alexa Bliss hit Billie Kay with Twisted Bliss which is her finishing move off the top ropes. Peyton entered the ring as her tag team partner Billie Kay was pretty much out for the count to break it up. Peyton, after breaking up the count then commenced to ramming Alexa into the ring post repeatedly out of frustration.

What looked to be near a clean win for Alexa Bliss and Nikki Cross turned into a win because of disqualification due to Peyton’s frustration. Billie Kay slapped Peyton after the match claiming that Peyton cost them the titles which does not really make sense because Billie was clearly out for the count after Alexa her finishing move. Do you see this leading to an IIconics split up, or will they come out stronger eventually winning the tag titles from Alexa and Nikki.