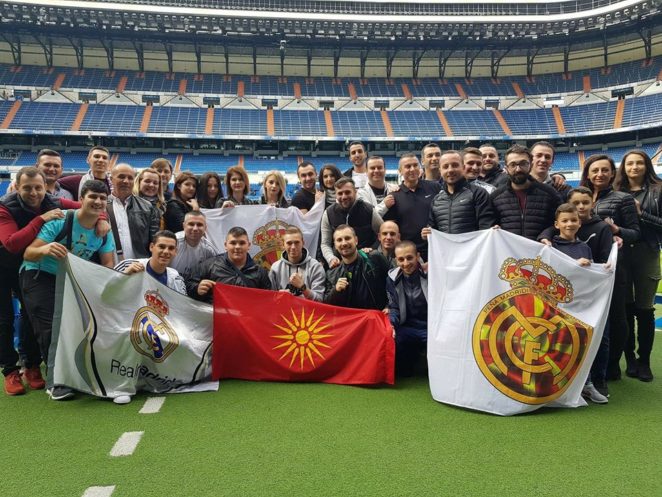 “Un sentimiento – no trates de entenderlo” are the words that best describe the aim of this fan club. Literally translated it means that it is about the felling for the club with hard-to-describe emotion one can not even try to understand. 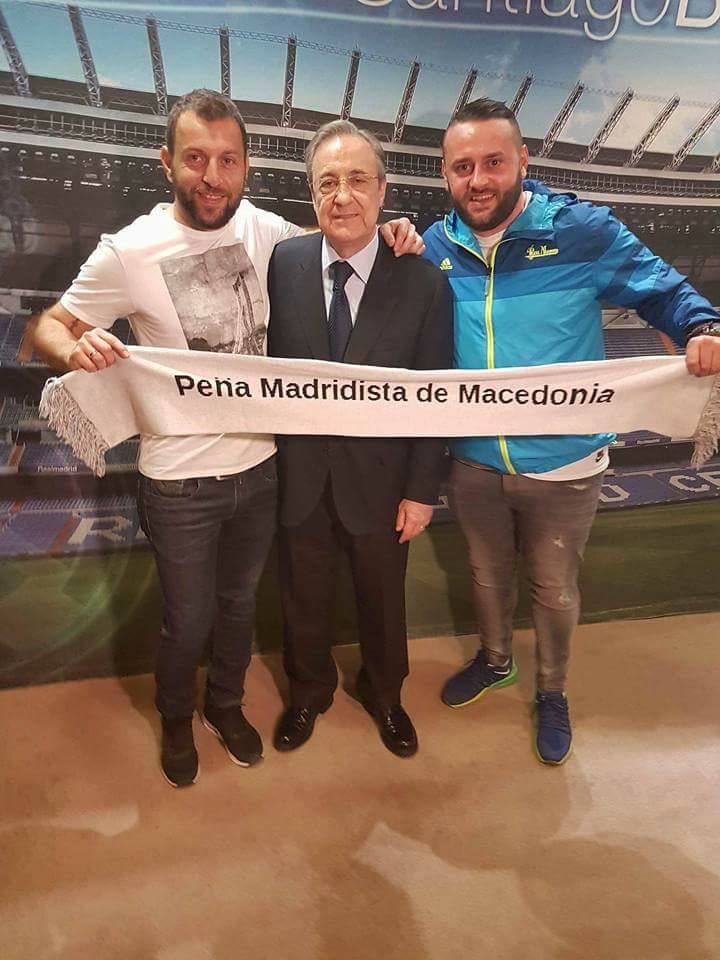 The very first official Macedonian fan club that supports the team with the most trophies in Europe was officially founded in 2014. Its founders are die-hard fans of Real Madrid who once upon a time only had a dream to officially represent and spread its passion for the team, until they eventually turn their awesome  idea into reality. 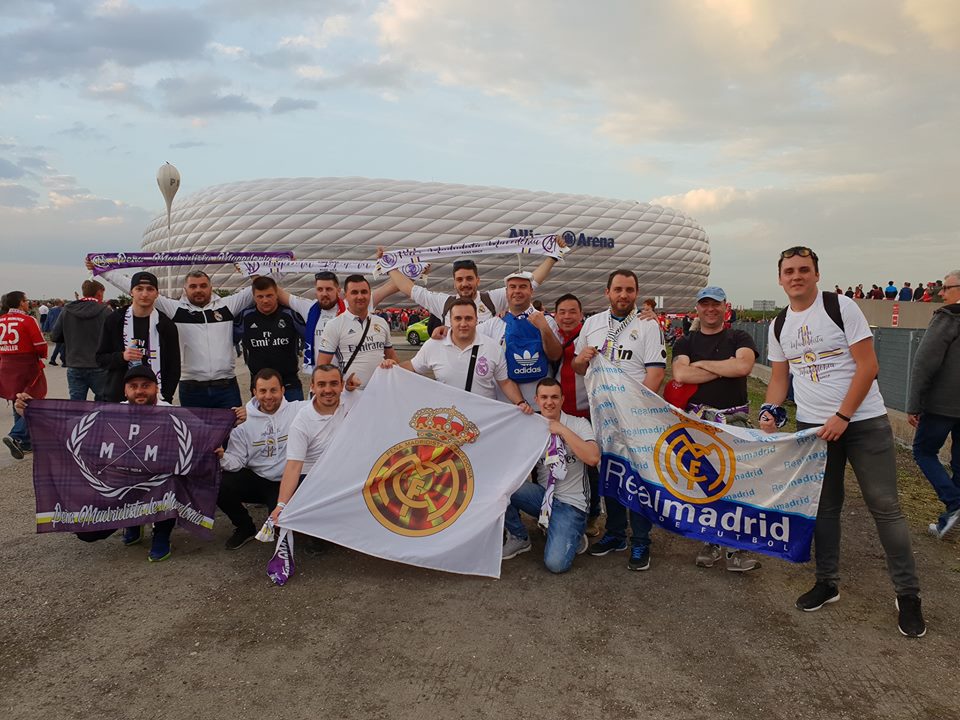 It all started back in 2014 when the official president Tashko Gudzov along with the vice president Darko Vasilevski formed a small, yet important group of true Real Madrid’s fans in Macedonia. This group was officially registered from the Real Madrid FC that very year, 2014. Even though it is a quite young, however successful group, they function as a family, as a spread version of their favourite club. 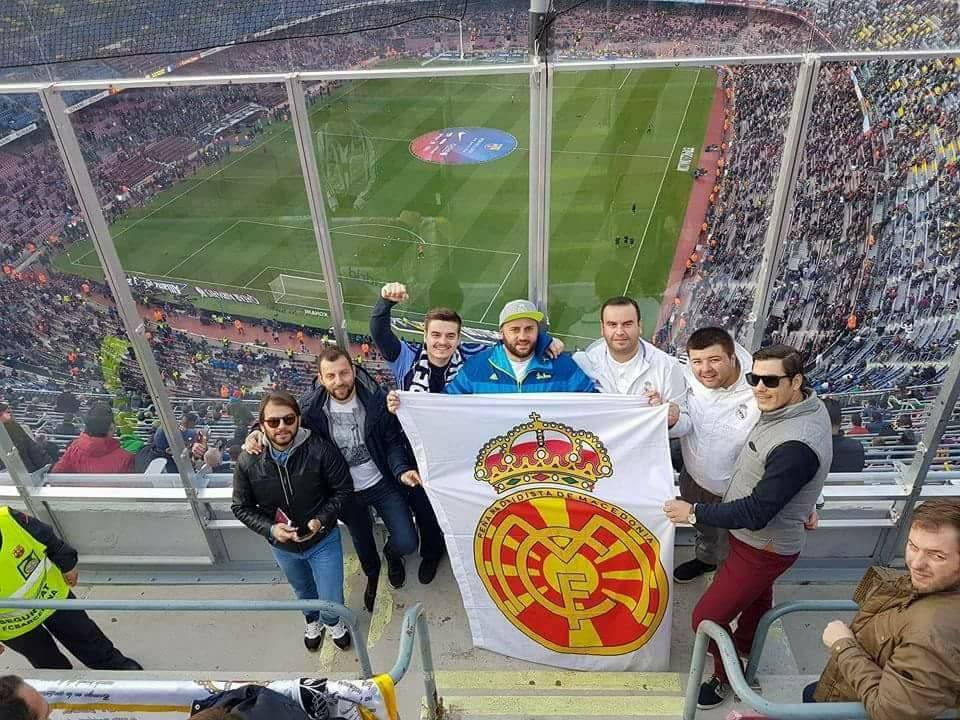 The number of ”Official Madridistas” in Macedonia is growing rapidly. So far, Peña Madridista de Macedonia has as much as 930 members which is an excellent number considering the population of the country and the youth of the fan club. 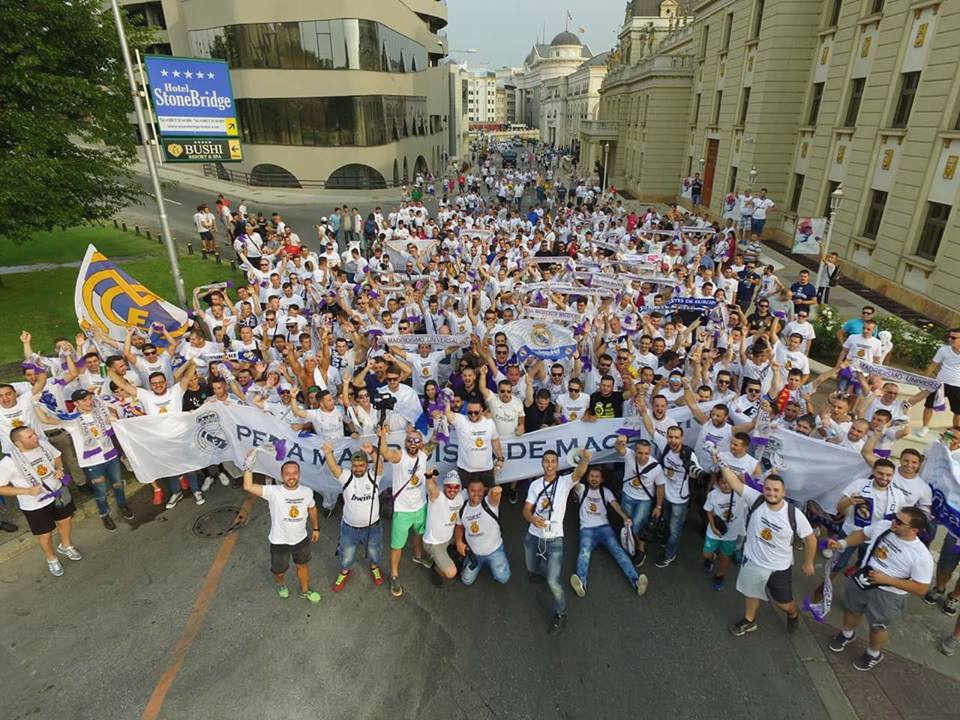 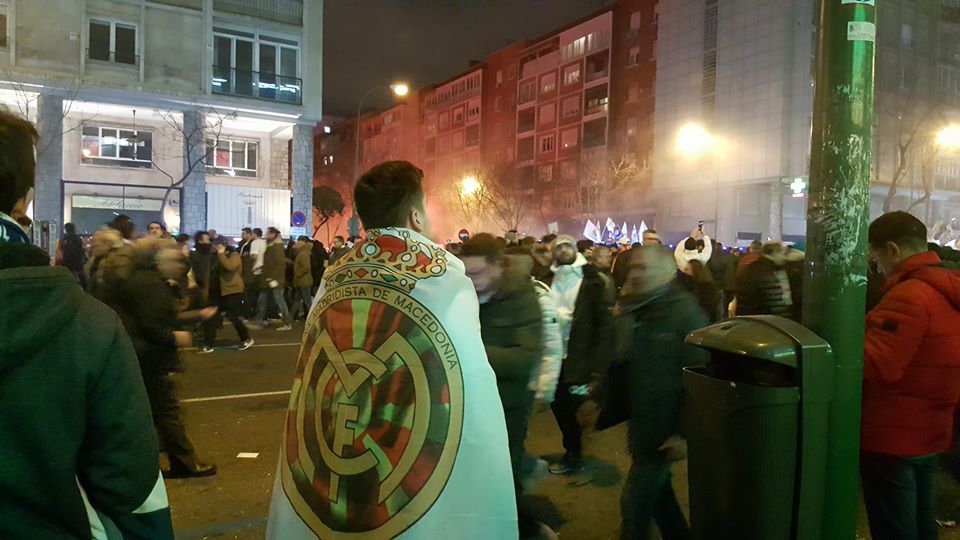 The shield of Peña Madridista de Macedonia is a combination of the shield of Real Madrid and the Macedonian flag, which is its background. The group made trips even to Istanbul, Turin, Gelsenkirchen, Barcelona,Munich and Sofia in order to show love for their team, as when playing away is when the team most needs it! 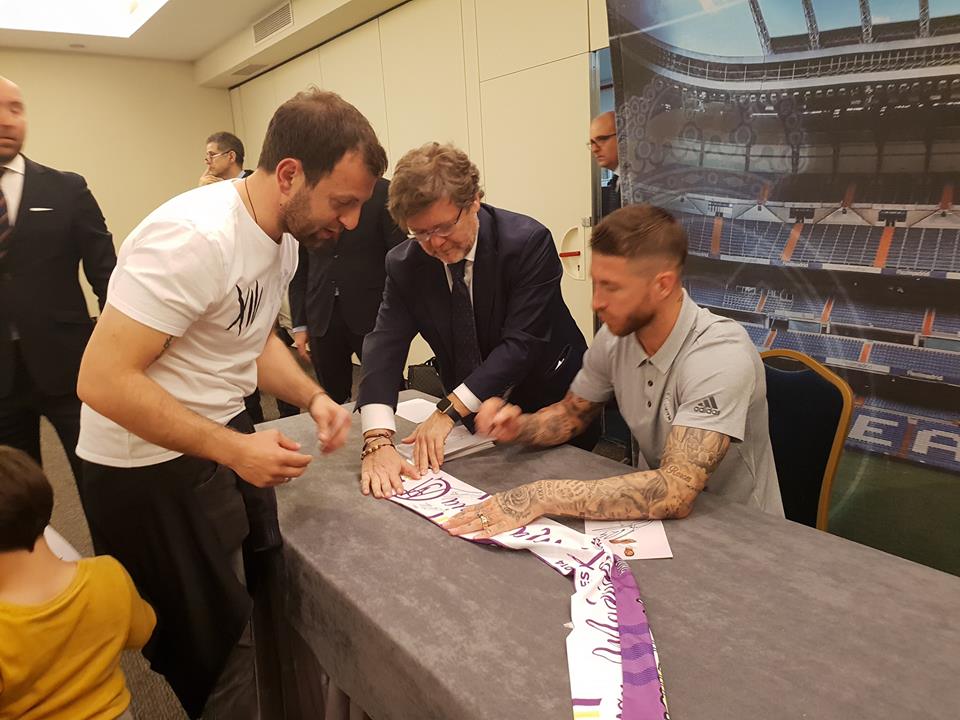 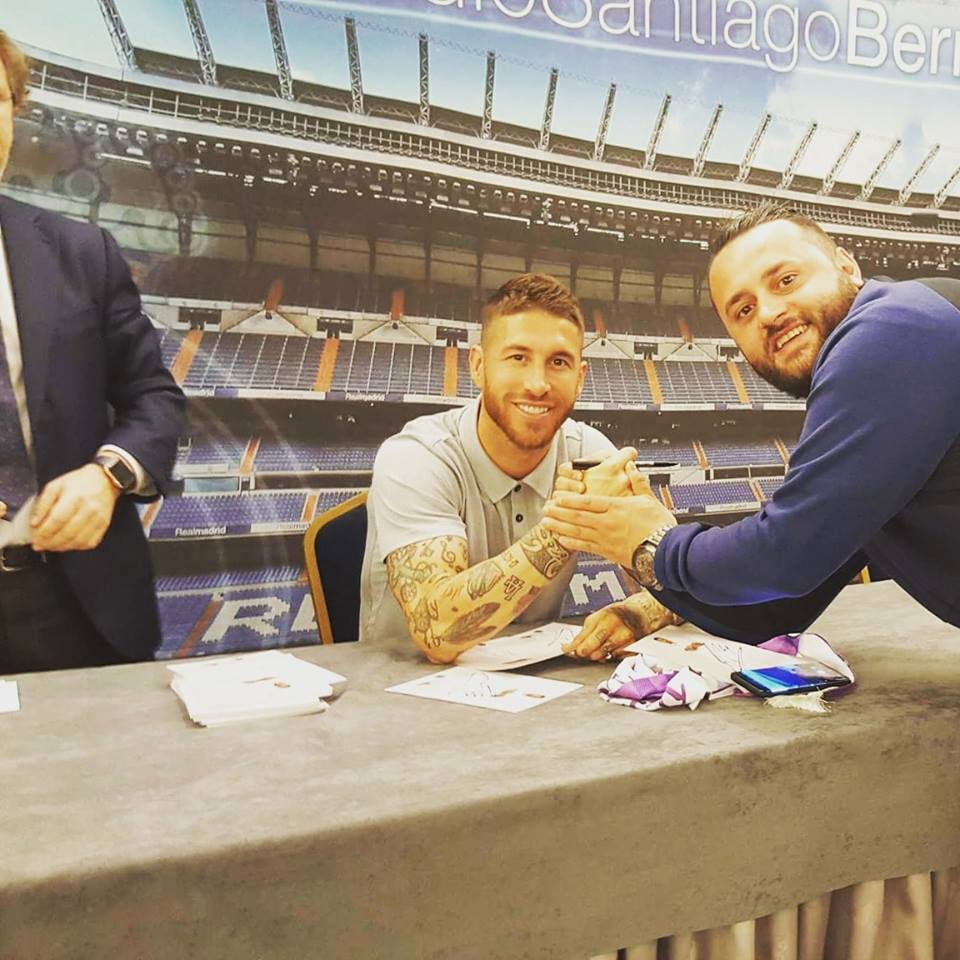 The most numerous visit they did away was the one in Sofia. About 180 members of the ‘peña’ flown to Sofia to enjoy the match. They even flown to Madrid in order to see the match with Getafe, even though there were no chances to win any of the trophies. This fact speaks volume about the loyalty of the fans and their true love for the team. They even pay a visit to Valdebebas, Real Madrid’s training camp in order to get to know everything about the team. 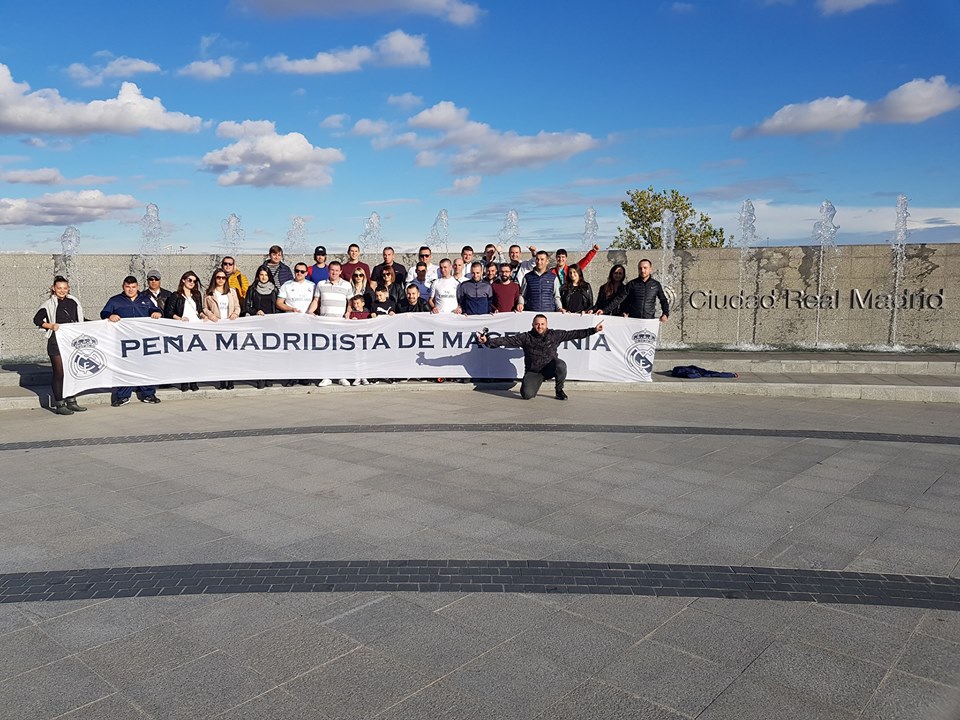 Whenever the team plays away the ‘peña’ has the privilege to meet two of the players, take photos with them and ask for an autograms. Sergio Ramos, Pepe, Keylor Navas, Borja Mayoral, Dani Ceballos, just to mention some, are just some of those who have signed our ‘Peña Madridista Macedonia’ shirts. 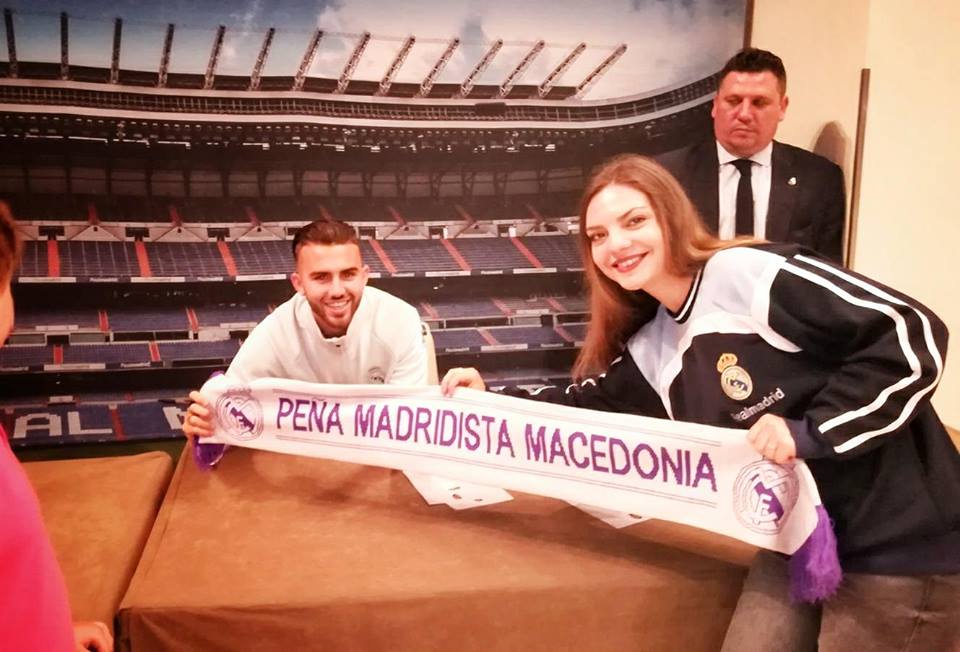 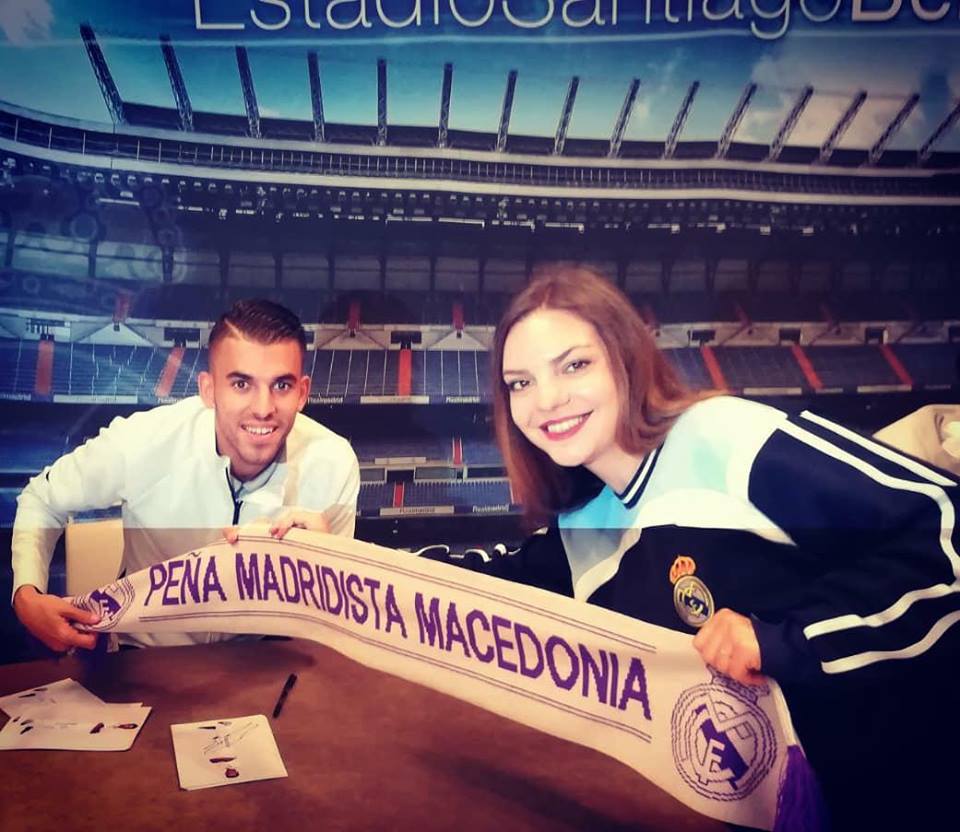 The main event that the ‘peña’ had to organize in order to host a huge number of ‘madridistas’ all around the world was the Super Cup which took place in Skopje, August 8. It happened to be like a springboard for the fan club, as they made such a great organization for this important event. The good news is that Real Madrid even won this match against Manchester which brought happiness in the Macedonian capital. 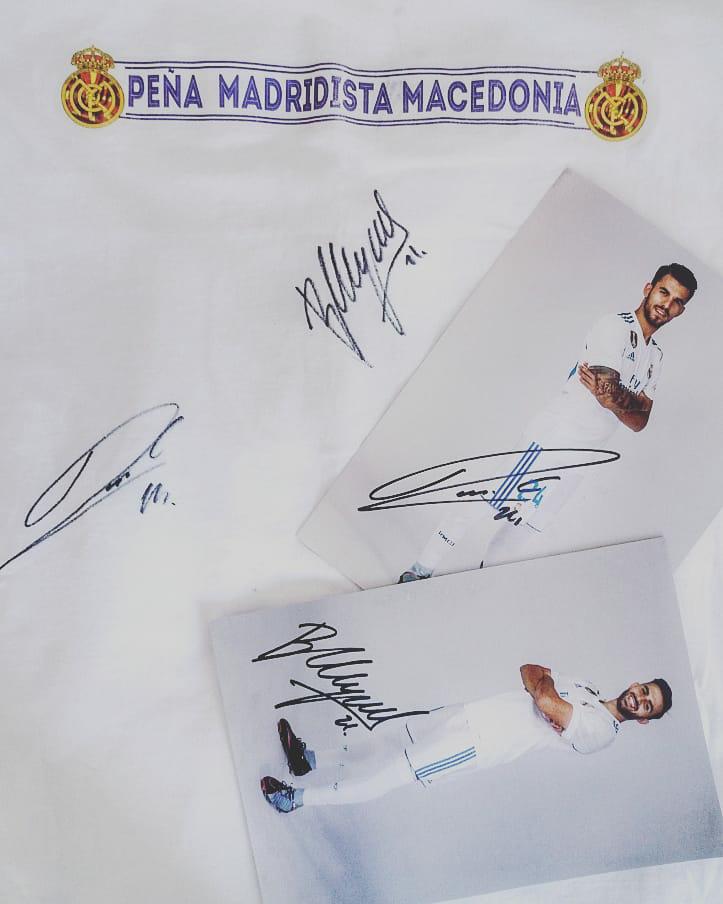 Nowadays the ‘Peña Madridista de Macedonia’ flags and scarfs are a real attraction on the stadiums. They are proudly promoting the image of Real Madrid and turning dreams into reality to any Madridista who wants to meet its idols and feel the incredible emotion on the stadium!