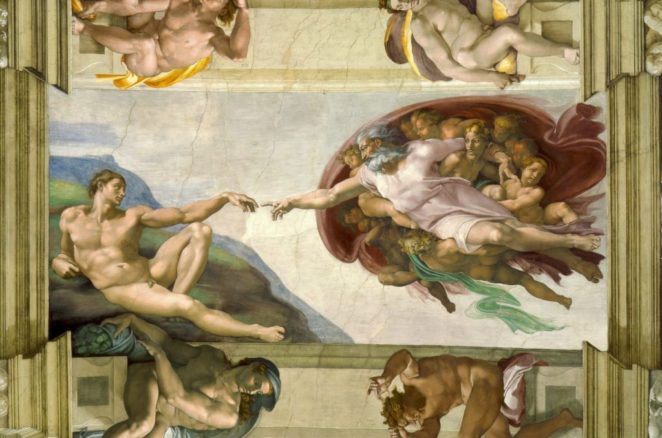 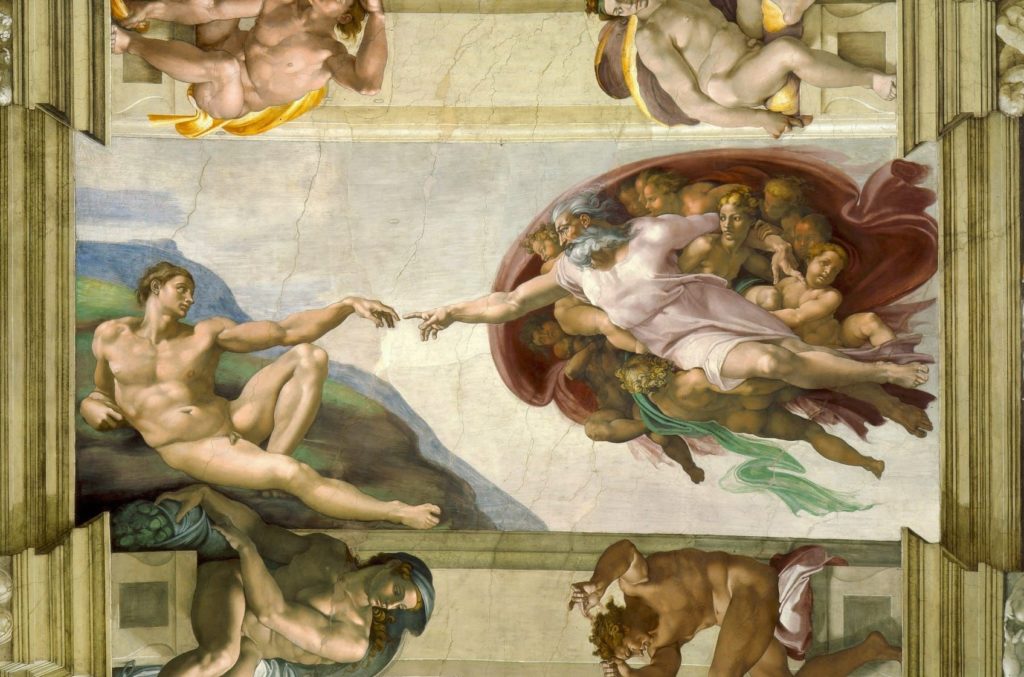 The Ceiling of the Sistine Chapel, Vatican City (Public Domain)

Scientific truths are established in one of two ways: observation and experimentation.

We know, for example, that birds migrate because we see it. It’s observable and consistent. A scientist, even an amateur scientist, can report it and the report can be verified by other scientists.

The problem sets in when you try to apply this standard to the question of how the universe and the life it contains came into being. Obviously there were no people around to observe the origin. They hadn’t originated yet. That eliminates observation, the first method of establishing a scientific truth.

What about the second method? This doesn’t work either. Here’s the problem: Even if you could prove that evolution could have happened, you cannot prove that it did happen. An analogy might be helpful here.

Let’s say I want to spend a day at the zoo photographing the animals. We’ll call my house Point A and the zoo Point B. I have to get from Point A to Point B somehow. Living in Chicago there are several options I could use:

By using the scientific methods available to us you could prove that some of these options are viable while others are not. For example, you could eliminate riding a bike. I don’t have one anymore. The bus and the L stop near my house and I could easily get to them so both of these are possibilities. I have a drivers license and access to a car so I could have driven. My daughter has a license and it’s her car so maybe she drove me. I also enjoy walking and could walk there if I wanted to.

Some options are more reasonable than others. The bus stops much closer to my house and my job and the L charges more and the station is a bit far from the zoo so it is much more reasonable to say I would take the bus instead of the L. It’s still a viable option, however.

However I got from Point A to Point B, the best you can do by investigation is to say a given option is possible, impossible (you could rule out jet pack, for example, they aren’t available to the general public) or more likely. You cannot say with certainty how I did it. Now if someone was on the bus and saw me get on at my house and get off at the zoo, then you could say that it is certain I took the bus. Point A, my house, corresponds to conditions prior to the origin of the universe; Point B refers to now. We know that somehow we got from Point A to Point B but, just as in the case of my going to the zoo, we cannot prove scientifically how it happened. Remember, there were no witnesses to the origin of the universe who can tell us whether it happened by creation or by strictly natural processes.

In short, there is no way we can determine how the universe and the life it contains in a scientific manner. The study of origins is a matter of history, not science and believing in evolution is no more or less scientific than believing in the account given in the biblical book of Genesis.